Home US News Without A Legal fight, President Trump is not Going to Back Down... 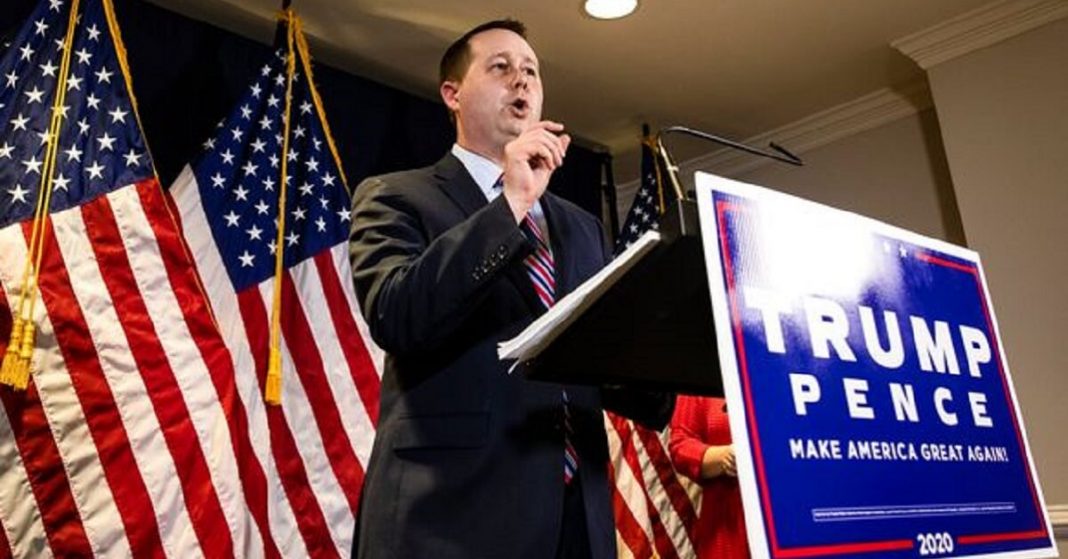 Donald Trump has made sure that his lawyers are making every effort in fighting against the election results. He is angry at the fact that Arizona election results were certified in a what he deems a hurry and continues to voice his feelings.

Trump acknowledged the people for standing up with him in this tough time and he promised them retaliation. Republicans are upset about the election results as Democrats are winning from what they’re being told is election fraud.

The election results are evidently in favor of Joe Biden, but Trump seems to negate that at every turn. The reason behind his anguish is that he is not winning in the states that he anticipated.

He claims to have gained more votes than he got in 2016, but this does not mean that he has the lead. Joe Biden’s lead is largely due to the emphasized need for mail-in-votes as a response to COVID running rampant in the country, minimizing the spread that in person voting would inevitably cause. Trump took the opposite approach and preached to his supporters to avoid mail-in-votes as they’re likely to be cast aside from the election fraud boogeyman.

In one of the recent speeches in Arizona, he was angry with Governor Ducey, citing that the Governor intentionally and recklessly rushed the vote certification.

On brand with his persona, Trump did not seem to use any polite words during his speech to address any inconsistency in the election.

Despite the anger, Trump uses the sympathy card by making sure that he acknowledged the Arizona Republicans. He was happy to see that so many people were listening to him and were ready to make a change.

The recent news from Pennsylvania has not deterred the spirits of Donald Trump to fight for his cause. The Pennsylvania Supreme Court decision was hard to digest as the smaller court has already given its decision in favor of Trump.

After that incident, when Arizona election results were certified in a hurry, Donald Trump reacted to it. Trump is ready to fight back with great force to make sure that the election results are reverted in his favor.

Many people believe that this kind of action by Trump can disrupt the entire election purpose. It is time that Trump accepts his defeat and acknowledge his loss.