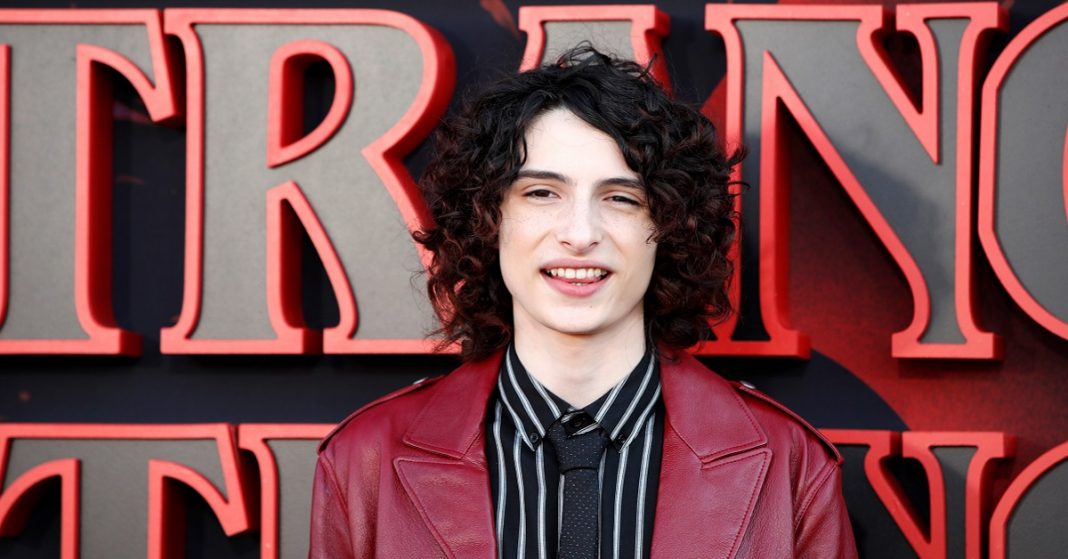 Do you know who Finn Wolfhard is? Oh, got it! You must know him from his reel name, ‘Mike Wheeler’ in the popular Netflix series Stranger Things. He seems to be the new crush in the town, with a massive 26.2 Million followers on his Instagram.

While the actor made his debut back in 2017 in Stephen King’s IT, he rose to fame after his stunning performance in the Netflix series. Recently, eagle-eyed fans have embarked on the mission to find out who is Finn Wolfhard dating. In fact, the audience leaves no stone unturned to retrieve even the tiniest details about his personal life.

After seeing such an insane amount of love for the actor, we have decided to reveal who is Finn Wolfhard dating.

As much as it hurts to reveal, Wolfhard has been rumored to be dating his co-star, Sadia Sink, in Stranger Things. While there is no official announcement by the couple, they have constantly been making the headlines. But what’s the truth? Are these rumors legit? Who made these dating claims?

Though the couple never had an on-screen romance, relationship rumors broke the internet after an unidentified person posted a TikTok claiming that Finn and Sadie are actually dating. Soon after that video, the news went viral, and fans started to speculate whether the couple started dating during the show.

Finn Wolfhard has been an OG of the show as he was there since season 1. On the other hand, Sadie Sink joined the show in the middle as Mac Mayfield and evolved into one of the show’s main characters. During the show, the audience never felt a spark between the two or confirmed their relationship apart from friendship.

After their dating rumors, we dug deeper into the narrative and discovered that they are still very close friends but not dating at all. They never had any kind of romantic involvement on the sets, or in real life. We know this news will disappoint many of you, but it’s true. We don’t know much about Sadie as she has remained tight-lipped about her personal life, but Finn has someone he profusely loves in his life.

Who is Finn Wolfhard dating NOW?

The Stranger Things heartthrob earlier in June 2021 confirmed that he was dating Di Bibl’s star Elsie Richter with a blurry intimate picture of the love birds posted on his Instagram. Before announcing their relationship with a steamy picture, the couple seemed to stay private about their love life. Their dating rumors sparked after the couple was spotted together for the first time at an NBA game in April.

During an interview with Washington Post, the star revealed he had kept his relationship private if his obsessive fan wouldn’t threaten to reveal his girlfriend’s address unless he publicly confirmed their relationship.

Who is Elsie Richter?

Richter is a Hollywood actor who appeared in an HBO series ‘Doll & Em’ as well as in a television project ‘Di Bibl’. According to the Sun, she is the daughter of actors Mischa Richter and Dolly Wells.

It is still unclear how she met Finn Wolfhard and when the couple began dating. However, some fans dug out the couple’s throwback picture from March 2021 after rumors had that the couple have been involved in a romantic relationship.

When the couple finally made their relationship official, overjoyed fans stormed Twitter with adorable tweets. One read that “My Twitter feed is full of the pic of Elsie and Finn. they’re so cute and I’m happy for both of them!!” Another wrote, “Oh my god Finn and Elsie are literally the cutest.”

Elsie is moderately active on Instagram. She has not uploaded any updates with Finn in a long time. However, they still follow each other on Instagram.

Fans are currently speculating that Wolfhard and Richter have broken up, as the couple has not posted anything in a while that indicates they are still in love. Also, Richter did not attend the Stranger Things season 4 premiere, which made the headlines doubting their relationship status. That said, nothing could be said right now as Finn Wolfhard prefers to keep his personal life private because, allegedly, the actor is ‘terrified’ of social media. In fact, one time, he called Instagram “anxiety-inducing and distracting.” he clarified that he only uses social media to promote his work and nothing else. This could be the reason he is keeping his relationship with Elsie private.