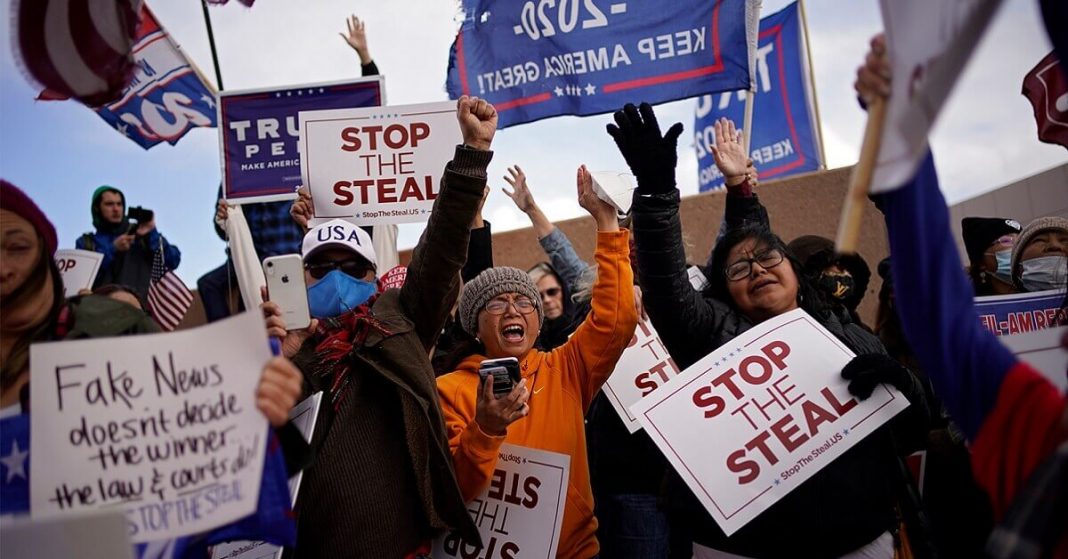 Supporters of Donald Trump and Joe Biden have been continuously taunting each other during and after the elections. People however appear to be oblivious to the fact that a single oversight can be humiliating for them and can lead to penalties or fines.

In this regard, a video had gone viral on different social media platforms and became the reason for guffaw for the Trump supporters. The video was likely captured over the weekend at a rally in Huston.

In the video, a man who seemingly was the supporter of Joe Biden exchanged tensed verbal dialogues with Trump’s supporters and spitted on the flag of the Trump campaign. The flag was being held by one of Trump’s supporters when the incident happened. Right after spitting on the flag, the man tried to flee the scene and ended up crashing his vehicle into a streetlight.

The incident unfolded when the man behind the wheels got into an argument with Trump supporters and things escalated really quickly. In the heat of the moment, the man tried to spit on the campaign flag first before snatching it to run away with the flag. However, the man’s attempt to flee didn’t end well as he met with an accident.

DC Police blocked off BLM again so Trump supporters couldn't get through and were made to go through BLM group which then attacked them. #MillionMAGAMarch pic.twitter.com/tS7YTEe51X

Within seconds a police cruiser came around and pulled the man behind the car and talked to him, while Trump supporters enjoyed the show. The supporters over there told the police that “He spit on the guy and tried to run away”.

Young couple in DC followed by crowd of BLM-antifa thugs who hit them and throw liquid on them. #MillionMAGAMarch pic.twitter.com/Lqo4evvviK

Observers on the road described the incident as a Karma effect.