Home Technology Ever wonder what does a grey triangle mean on Snapchat? Your friend... 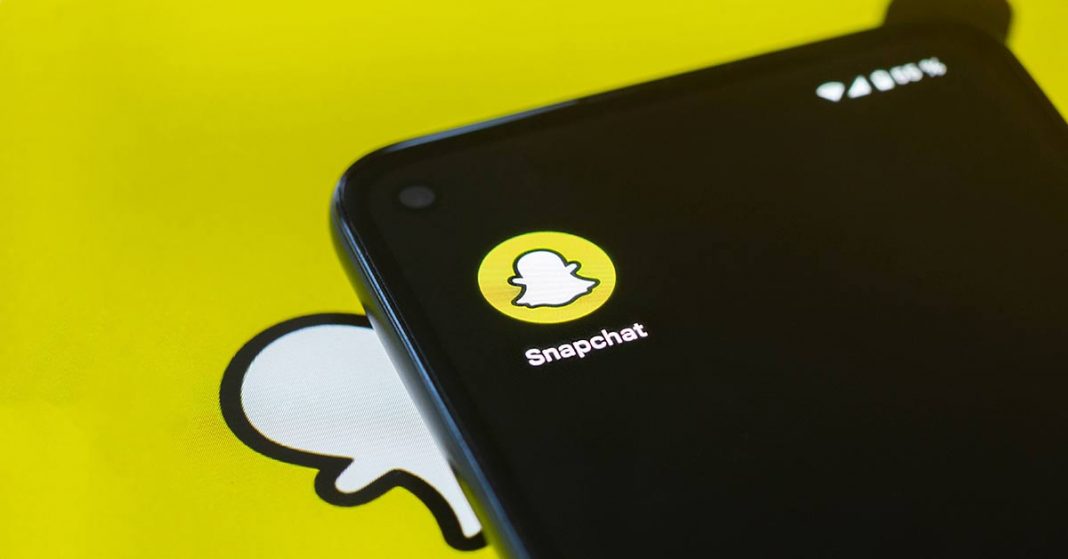 Imagine, one fine morning before sipping coffee, you decide to send a snap of your latte to your friend but you encounter a weird situation. Your snap won’t get delivered, a grey sign will appear, which otherwise would be red. Well, not only for you, it is a confusing situation for everyone. It can have anyone thinking what does a grey triangle mean on Snapchat?

In the following, you will find what this grey arrow means and also the meaning of red, purple, and blue color arrows and different icons on Snapchat. We bet you won’t regret reading this informative piece till the end.

What is a grey triangle on Snapchat?

People often write the phrase “grey arrow check on Snapchat” to the other person to check if you two are still friends on Snapchat.

Conversely, the grey arrow appears when you send a snap to a person not added to your friend’s list.

What does a grey arrow mean on Snapchat?

Now that we know what a grey triangle is let’s learn about what it says and when it appears. A grey arrow on Snapchat helps you find out if a friend has unfriended or blocked you. Since Snapchat does not notify you when someone unfriends you, a grey arrow comes in handy to figure it out.

A grey triangle on Snapchat communicates three distinctive meanings. However, all are linked to your friendship status with the other person.

If you send a snap to someone and a full grey arrow appears, it means the other person has not yet added you to his friend list, and your friend request is still left un responded.

When you Snapchat with someone who is not added to your friend list, a grey triangle/arrow will appear. It will turn into a blue or red color once the person accepts your request. However, it is quite similar to the first point. One thing is worth noticing here. You can still send snaps to anyone on Snapchat who has not added you to his/her Snapchat profile. However, it will appear as pending in status.

The last possibility is that the person to whom you are sending snaps has blocked you.

What happens if a person adds you back?

The grey arrow not just indicates whether the person has removed or blocked you, it will also indicate the following two things, which become prominent when the other person adds you back.

What does the grey box implies on Snapchat?

The grey box has a somewhat similar meaning as the grey arrow. However, the only difference is that it implies the expiration or pending of a chat or snap while the grey arrow indicates a pending snap or friend request.

Can you do anything about the grey arrow?

Unfortunately, there is nothing you can do about the grey arrow. It will always appear when you send a snap to anyone who has not added you. Though, you can reach out to that person personally via call or other social media apps to let them know the situation at your end. There is a slight possibility that the issue is happening due to a technical glitch, or it may be because the other person had mistakenly removed you in the past. Once that person adds you back, they can view the snap you have sent.

What are different Snapchat icons and what do they mean?

When you send snaps to your friends, you might have noticed that different icons appear with each of their names. When a friend removes you from Snapchat, the icon beside his/her name shifts to another friend’s name. But what do those icons imply? Let’s find out.

Red Heart: Red heart appears when you begin a streak with someone. It shows you two have been best friends for around two weeks.

Pink Hearts: Unlike red hearts, pink ones appear a bit late. It indicates that you and the other person have been best friends for nearly two months.

Grimacing face: when you and your friend send so many messages to each other, a grimacing face emoji appears beside your names.

Smiling face: Smiling emoji beside a person’s name on Snapchat means you and that person are friends because you exchange messages frequently. Though, you guys are not best friends, according to Snapchat.

Sunglasses face: This appears when you and the other person have one mutual best friend to whom you both send many snaps.

Smirking face: The smirking emoji shows that the other person is your best friend, but you are not his/her number 1 friend (awkward). It appears because the other person sends you a lot of snaps, and you don’t. So basically, it’s a one-sided best friendship. Lol!

Hundred Symbol: This emoji is an achievement as it shows you and the other person have maintained a 100 days streak. It appears beside the fire symbol.

Fire: this one’s to be our favorite! The fire icon appears when you and the other person have been exchanging snaps for three consecutive days. It also implies that you two have just started a streak. Besides that icon, a number also appears showing the exact number of days you two have been exchanging the snaps. The streak breaks If you fail to exchange snaps within 24 hours each day.

Hourglass: Okay, so this one is like a warning. It appears when any of you stop sending snaps. If you wish to keep your snap streaks going, you must send a snap. However, if the icon doesn’t go even after sending a snap, then it’s your streak partner who is at fault.

Now that you know what the grey triangle means on Snapchat don’t freeze your unresponsive friends’ Snapchat with snaps to check if they are still friends with you—just Kidding! Well, honestly, the Grey arrow on Snapchat is kind of a blessing. Since Snapchat does not notify you if somebody has blocked you or removed you, It provides an easy way to check. Next time, when your friend blocks or removes you, reach out to them through a different app, and don’t let them go anywhere!