Home US News Securities begin fencing outside the US Capitol in advance of Sept 18... 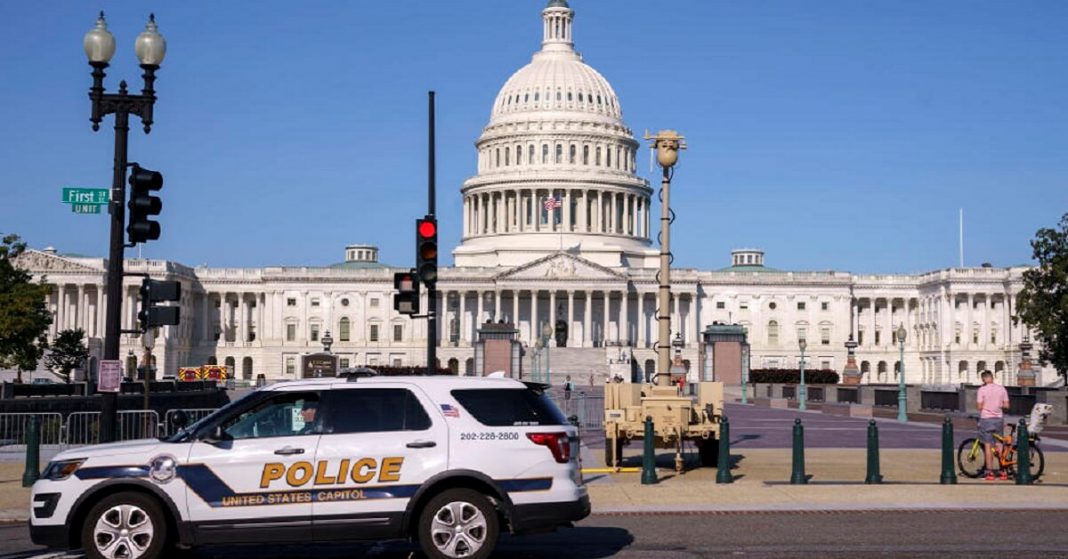 Security reinstalled outside, fencing the US Capitol, late night on Wednesday, before the “Justice for J6” rally begins this weekend.

The fencing outside the US Capitol began when the officials commanded to remove the Jan 6 riot back in July.

Organizers began the “Justice for J6” as a protest for those under the government’s detention in connection with the Jan 6 riot, which happened at the US Capitol.

The fencing done outside the Capitol ahead of the event is just for security measures as the law enforcement for the upcoming rally is on high alert.

Federal agencies of law enforcement are mainly concerned that extremists of the far-right group, including Proud boys and Oath keepers, will join the upcoming rally.

US Capitol Police agency will be leading the event.

Tom Manger, Capitol Police Chief, said, “We are closely monitoring Sept 18, and we are planning accordingly, “After Jan 6, we made department-wide changes to the way we gather and share intelligence internally and externally. I am confident the work we are doing now will make sure our officers have what they need to keep everyone safe.”

Not just every single Police officer of the US Capitol will be on board, but Metropolitan Police Dpt is also ready to serve for the safety of the civilians and the state, as they said they are “fully prepared” for the upcoming protest.

An MPD representative told ABC News that “As with all First Amendment demonstrations, MPD will be monitoring and assessing the activities and planning accordingly with our federal law enforcement partners,” and added that “MPD will have an increased presence around the city where demonstrations will be taking place and will be prepared to make street closures for public safety.”

Moreover, the FBI Washington Field Office revealed that regarding the upcoming protest, they are working with state’s both federal and local partners.

Former counterterrorism director, Javed Ali, while addressing the National security council said that the agencies are worried for a reason, as he further added, “While the government has not yet issued threat bulletins about specific and credible plots on that day, like Jan 6 there may be people who attend in a highly agitated mindset and then switch quickly to violent action with little-to-no warning.”

Alejandro Mayorkas, Security Secretary, said to reporters that, in this crucial time, sharing information is important to avoid any other incident like the one that happened on Jan 6.

He also added that the Homeland Security dept has boosted its efforts to share information throughout the country as much as possible.