Home Business Trump’s Elevated Tariffs May Give Leverage to Biden over China – Former...

Donald Trump has increased tariffs on major trading partners of the United States such as Canada, China, and the European Union. He was of the opinion that reducing tariffs were among the unfair practices that deprived American companies. His moves about tariff created tensions between the trading countries and the United States. It also triggered a trade conflict with China that pulled down the economies globally.

Most of the trade experts are making predictions that President-elect Joe-Biden will continue working with allies keeping their disagreement to the punitive tariffs in mind, and may settle the international dispute or might use this leverage to acquire the specific outcomes. On the other hand, some experts are also saying that President-elect Joe Biden would not remove the tariffs that Donald Trump has imposed.

The former deputy director of the National Economic Council and deputy assistant to the President for International Economics told CNBC on Wednesday that no matter how you look at it, tariffs have provided leverage to the country. He is hopeful that the new administration will understand why tariffs were increased in the first place and use it to their advantage and for the benefit of the American people.

Willems further added that the approach of Trump was not really beneficial for the country especially how he treated allies and trade partners. He hopes that Biden will change his approach towards the allies. Moreover, to deal with China, the country needs strong partners like Japan and Europe, which should be the focus of the Biden administration.

Other countries also share the U.S. concerns about the economic practices applied by China such as subsidies for enterprises and alleged property theft, which distort competition. But the White House administration confronted Beijing unilaterally, and criticized the World Trade Organizations, and called it “broken” for letting countries such as China to take benefit from it. 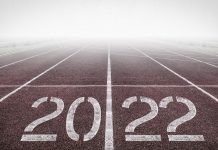