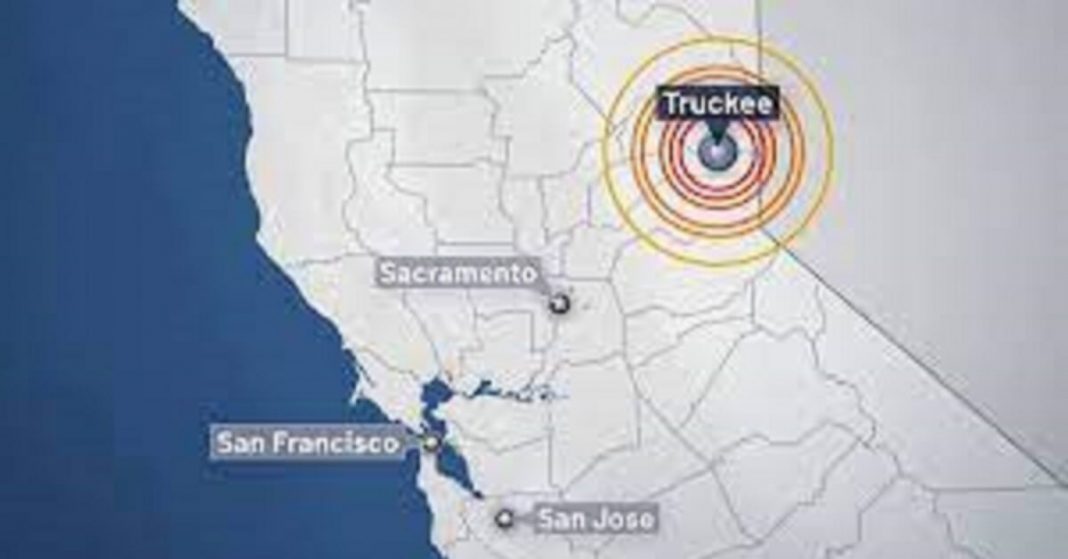 The US Geological Survey confirmed the news of a 4.7 magnitude earthquake on Thursday night, nearly 11 miles northwest of Truckee. Warnings via MyShake had been sent to residents living in faraway states of San Francisco, cautioning people of a 6-point quake that had befallen in Placer County, California.

Despite the initial warnings of a higher magnitude quake, the number was soon modified to 4.7 on the U.S Geological Survey’s website. The earthquake didn’t cause damage anywhere in the state. Even the strongest shakes as calculated by the USGS were only felt in a small, hilly area of Nevada, southwest of Truckee. Only a mild and light shaking was felt in the hub of Truckee itself, as mentioned by people who filled out the USGS’ “Did you feel it?” form on the website.

Several people felt a ‘pretty good jolt’ in the area of Truckee, including Neil Lareau who serves as the professor of atmospheric science at the University of Nevada, Reno. He along with multiple others took to Twitter to share their earthquake experience. Lucy Jones, a seismologist, tweeted a valuable insight: The epicenter of the Truckee earthquake was close to the location of a 6-point quake that had occurred back in 1966. 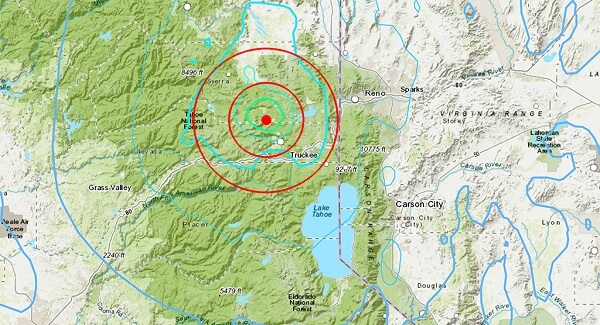 It is important to note that the last ten days have seen a quake of magnitude 3.0 or above in adjoining areas. Moreover, a data sample that was elicited recently shows that an average of 25 earthquakes with a magnitude of 4.0 and above had struck Nevada and California per year.

The earthquake in Truckee happened around 9.35 p.m. local time. The preliminary seismic data had revealed that there are no signs of significant damage. There would only be a few bouts of heavy shaking felt by people in nearby areas that would ultimately cause objects to fall off from shelves and windows to break.

Even after the earthquake had been felt by the people, no significant damage or injuries had been reported. People had only faced a few minutes of terrible shaking before the quake managed to subside on its own.