Home Entertainment Top 5 Rappers of All Time Who swayed the World forever! 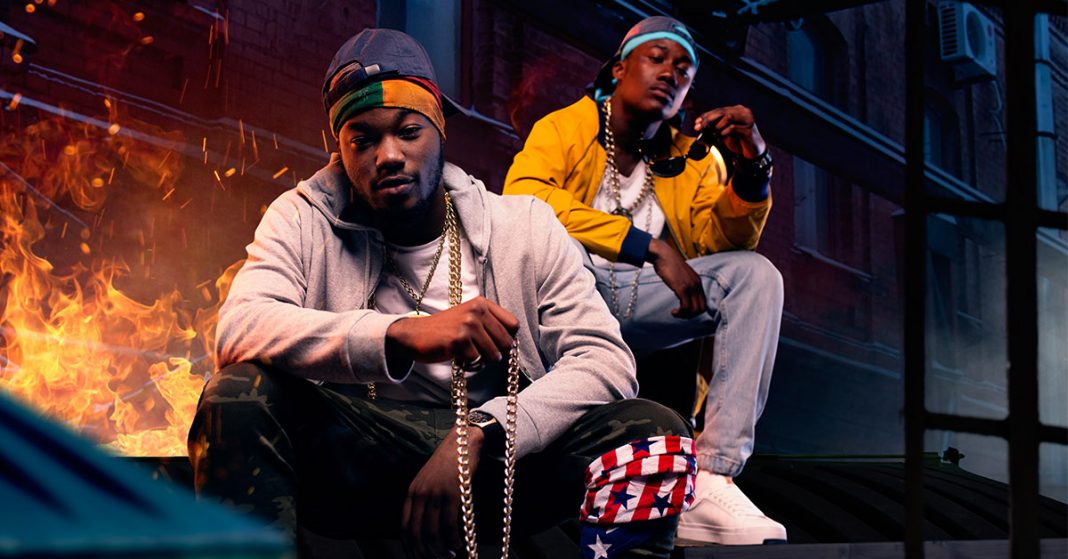 Rapping is not new to the world. The late 1970s saw a new kind of music genre hailing from the Bronx and taking over the music world like a wildfire. Rap music gradually became a lethal inclusion in the world of music after its worldwide popularity that brought humongous fame for many unknown artists.

There are thousands of rappers but we chose the top 5 rappers of all time who have entertained the world with their lyrics, music, style, and content.

Whether you enjoy rap music or not you cannot deny its popularity. Regardless of your interest in music, you will still be able to recognize the famous rappers of the world instantly because of their huge fan following and popularity.

So, here are the top 5 greatest rappers of all time who changed the dynamics of the music world. We made this list on the basis of the lyrical content, rhythm, music, and flow of rap music.

We have also excluded some of the very famous names from this list such as “the real slim shady” – Eminem. The reason is that he has been on some kind of a hiatus since 2004. Eminem is known to be the highest-selling artist in rap of all time but he needs to make a comeback and deliver a masterpiece like his glorious days.

It is important to make mentions of the great legends like Snoop Dogg and Kendrick Lamar – the rapping geniuses along with the great Drake. Artists like these legends paved way for the newcomers making the industry grow and flourish.

Now with much ado – let’s gets back to business and check out the 5 top rappers of all time:

The Notorious B.I.G met an unfortunate end when he was murdered in 1997. He tragically passed away at the peak of his career but had already become a legend because of his music. The New York city-based rapper is a must inclusion in the list of top 5 greatest rappers of all time even though he released only 2 albums before his untimely demise from the world.

The Notorious B.I.G lovingly known as Biggie was known for his storytelling skills. Hardly any other trapper ever came close to his skills. Biggie’s skills were world-known and he was openly praised by Slick Rick, Eminem., Kendrick Lamar, and even the hip-hop legend Scarface.

Biggie was a true example of a rags-to-riches story and he lived that life as well.

The debut album of Bigge was so good it made people across the globe take a shift and listen to him. His sophomore album – life after death was even better. It was released just two weeks after his murder.

It is lovingly said that if he had lived longer, he would’ve been one of the greatest rappers of all time because of his lyrics and storytelling skills. His two songs “Mo Money Mo Problems” and “hypnotize” are still popular and favorite among the listeners.

When the mafia-infused rap songs were at their peak – 2Pac was the one who talked about politics. He was the one who talked about burning issues that matter to everyone regardless of their race and creed. 2Pac songs were similar to another rap group Public enemy but he went one strop further by discussing poverty, racism, segregation. Broken families and police brutality.

2Pac targeted all the important aspects which were influencing the African American communities in the country.

2Pac’s rivalry with the notorious B.I.G was not unknown and it became one other biggest rivalry feud in the history of rap. It was fueled by the record labels and also started the long-lived rivalry between the New York-based bad boy records and the Los Angeles-based death row records.

The long fight ended with the death of 2Pac who died in a drive-by shooting incident in 1996 at the mere age of 25. Biggie died a year later in almost the same fashion.

2Pac has a long legacy that he left behind with his album “All eyes on me”. It contains 27 songs which all are given the status of masterpiece on their own. This album is often regarded as one of the best rap albums of all time.

Nas is a New York city-based rapper who received a Grammy nod for his album king’s disease in 2020. Nas’s album “Illmatic” is regarded as one of the greatest albums of all time by critics and fans.

It has 5 tracks all are considered to be masterpieces.

Nas is considered to play the pivotal role in revamping east coast hip-hop by amalgamating it with the rap music scene. It is said that Nas inspired the Notorious B.I.G and Wu-Tang Clan who followed his footstep in delivering the best rap content of all time.

The sophomore album of Nas “it was written” also performed really well on the charts. But after the 2000s he is often criticized for releasing mediocre and monotonous music and content.

Regardless to say his work is still considered to be the best in history.

Rakim is also known as “God MC” for being one of the most influential rappers in history. He has seen the transition of rap music. The debut album of Rakim “Paid in Full” is considered to be one of the gold albums that raised the bar of the rap culture.

His album brought fresh blood to the industry. He was known to have released music with crazy rhythmic lyrics with profound meanings, laid-back flow, and reinvention of hip-hop.

He is said to have laid the foundation for a lot of rappers of today.

Jay-Z, the music prodigy! The business mogul paved way for a lot of black Americans to rise from the ashes and make a living for themselves.

The real name of jay-z is Sean carter having a career that is over 25 years. He started in 1996 and since then there has been no looking back.

His album “reasonable doubt” is known to be one of the best rap albums of all time. Jay-Z is considered the pioneer of infusing a new kind of rap – mafioso.

The reason is that Jay-Z was a drug dealer and led a life like a mafia member before music changed his world. Jay-Z has enjoyed success in almost every decade since he entered the music industry. He bagged 22 Grammys out of 80 nominations in his long illustrious career.

Jay-Z is known to have a unique and recognizable voice in history. The best thing about Jay-Z is that he quickly separated himself from the pack and did not participate in any kind of competition. His success made him the king of the rap industry.

Jay-Z has no match in the industry. Now when he has dived into production and is establishing himself as a philanthropist, Jay-Z is paving way for the younger generation to step up from the darkness of drug and mafia and lead a healthy and clean life.

Jay-Z’s career is known to be one of the most successful ones of all time and is a true inspiration. People look up to him and want their kids to follow in his footsteps.

As the world started acknowledging rap music as a powerful medium, women rappers started to sprout up in the industry, producing excellent content both lyrically and music flow-wise.

The world saw some of the best female rappers who gained popularity through their work. They are no less than their male counterparts.

The others are no less than these above-mentioned rappers but they do have an edge as they produced quality music and paved the way for the newcomers when rapping was considered a domain exclusively for men.