Home US News To Shutdown Hawley Objection, McConnell and Pelosi come to an Agreement 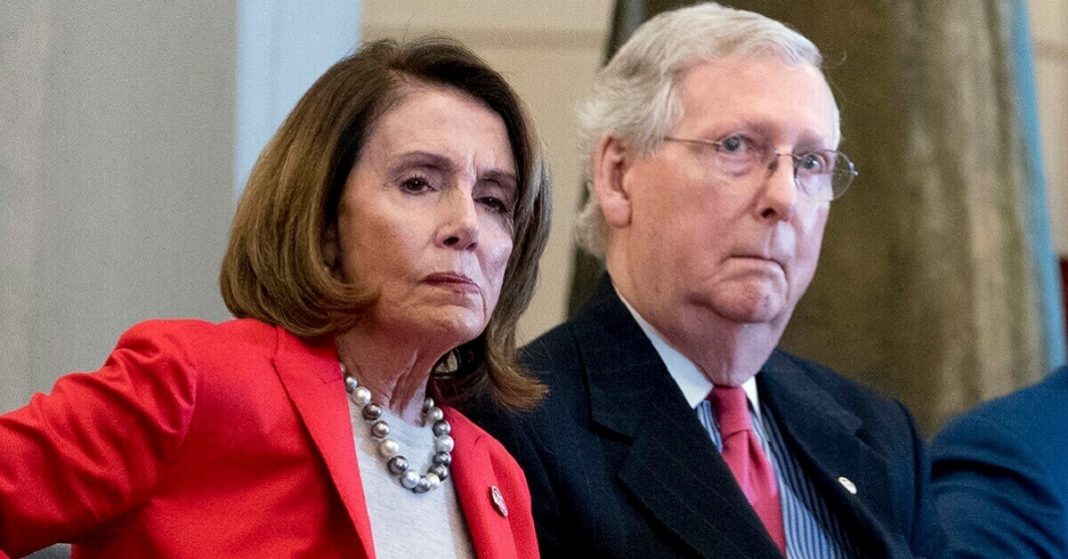 Taylor Greene suggests that a deal is in progress to silent the objection made by Josh Hawley. Pelosi and McConnell are finding ways to settle the dust on this matter once and for all.

The objections can be lodged effectively via Electoral Count Act of 1887. This act also describes how the electoral votes will be certified and whether or not anyone can object to it.

Hawley’s objection is unlikely to shake the floors of the House and the Senate, but it gives them something to talk about. Incoming congresswoman, Taylor Greene suggests that Pelosi and McConnell are fabricating a deal on this matter.

It is feared by the congresswoman that the deal is an attempt to undermine the objection made by Hawley. They want to bend the rules and amend them in their favor to secure their positions.

This bold claim has put Greene in the limelight as people are now discussing Greene’s political career. Her controversial personality raises more questions than people believing her claim.

QAnon conspiracy theory is known to everyone as it became the highlight after Greene’s win. It was believed that she was a supporter of such a theory, and it is feared that she might be to date.

Even though she was being put to task, this does not mean that she does not have the knowledge from the inside. Anyone can object to the electoral vote and similar cases were seen back in the 2004 and 2016 elections.

It is difficult to vote to certify the elections where there are clear violations of election laws. The big tech giants have been aiding Biden to win the elections which is a fraud activity.

Congress is seen least interested in making the efforts to investigate the presence of tech giants in elections. All the favors were being made to Joe Biden and this means that the election was one-sided and biased.

The idea of McConnell and Pelosi working together to not accept the objection made by Hawley is difficult to understand. Although they are not doing anything illegal, they do not want their hands to get dirty in this kind of politics.