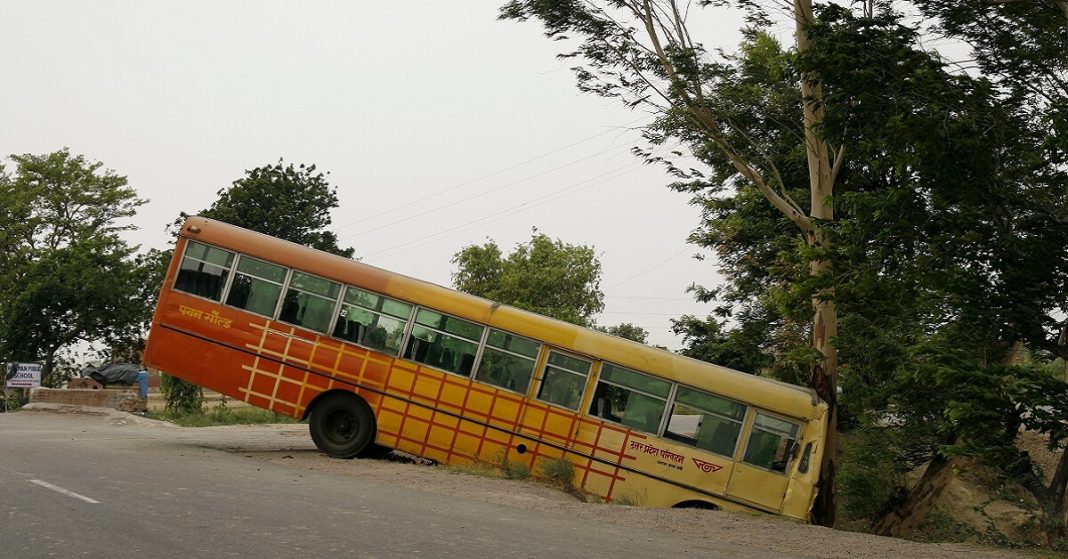 In the early morning hours of Monday, a school bus in a rural area of Kentucky rolled over after driving over an embankment. The police who reacted to the site said that 18 kids and the bus driver were sent to medical centers with wounds ranging from mild to severe. The driver of the bus was also injured in the crash.

Superintendent of Magoffin County Schools Chris Meadows says that students from kindergarten to high school were on a bus that crashed near Salyersville in eastern Kentucky on a state highway on their way to school.

No other vehicles were affected in the incident.

During a news conference that afternoon, Meadows discussed the severity of the injuries sustained and the variety of emotions felt across the school district. There are no reports of any death yet and the officials are relieved about that.

Meadows said that “all of these families, these students and this driver, they are in our thoughts and prayers,” and that officials are following up with the families and doing all that can be done to assist them.

Chief Paul Howard of the Salyersville Fire Department said that some of the students had already made it up the hill by the time help came, and that the others were hauled up using ropes and baskets.

In a tweet, the Governor of Kentucky, Andy Beshear, said that the Kentucky State Police were already on the site and that “we are responding swiftly.”

According to State Trooper Michael Coleman, the bus took an exit off of State Route 40 close to Salyersville and then drove over an embankment.

The factors that led to the collision were not immediately apparent. Coleman said that “we’re really in the beginning stages of the investigation,” and he added that it was anticipated that the route will be closed for a number of hours.

According to the authorities, some of the wounded individuals were evacuated away from the crash scene by helicopter, while others were transported in ambulances or private automobiles.

Meadows said that the school bus did not have seat belts for its passengers.