Her Majesty Queen Elizabeth II passed away peacefully in her home on Thursday. An era comes to an end as the longest reigning monarch of Britain passes away.

We thought this would be the perfect time to share excerpts from her most memorable speeches over time while she ruled as the Queen of Britain. These small remarks encompass her personal life as well as her highly embellished public life.

Queen Elizabeth celebrated her 21st birthday in South Africa with her parents and her sister Margaret.

She dedicated her life to serving the Commonwealth. This is known as one of the first of her many public addresses.

“This is a happy day for me; but it is also one that brings serious thoughts, thoughts of life looming ahead with all its challenges and with all its opportunity,” the young Elizabeth said.

“I declare before you all that my whole life whether it be long or short shall be devoted to your service and the service of our great imperial family to which we all belong.”

The Queen was sworn to the throne on 6th February 1952 after her father, King George VI passed away when her coronation took place in 1953.

She was accompanied by her husband prince Philip and the event was broadcasted on television with millions of views at that time.

“Although my experience is so short and my task so new, I have in my parents and grandparents an example which I can follow with certainty and with confidence,” she said. “As this day draws to its close, I know that my abiding memory of it will be, not only the solemnity and beauty of the ceremony but the inspiration of your loyalty and affection. I thank you all with a full heart.”

It was the occasion of marking her 40 years on the throne which was famously titled “Annus Horribilis” a Latin term that defines a horrible year.

“Criticism is good for people and institutions that are part of public life. No institution — City, Monarchy, whatever — should expect to be free from the scrutiny of those who give it their loyalty and support, not to mention those who don’t.”

She added, “But we are all part of the same fabric of our national society and that scrutiny, by one part of another, can be just as effective if it is made with a touch of gentleness, good humor, and understanding.”

On the death of Princess Diana-  5th September 1997

Princess Diana died in a car crash in Paris that shocked the world to the core. The Queen addressed the nation living from her home, Buckingham Palace.

“Since last Sunday’s dreadful news we have seen, throughout Britain and around the world, an overwhelming expression of sadness at Diana’s death. We have all been trying in our different ways to cope,” she said.

“I want to pay tribute to Diana myself. She was an exceptional and gifted human being. In good times and bad, she never lost her capacity to smile and laugh, nor to inspire others with her warmth and kindness. I admired and respected her — for her energy and commitment to others, and especially for her devotion to her two boys,” the queen said in an effort to comfort a stunned nation and facing media criticism for being slow to publicly react.

“I continue to be inspired by the goodwill shown to me,” she said, adding, “and hope that the coming days will provide an opportunity to reflect on all that has been achieved during the last seventy years, as we look to the future with confidence and enthusiasm.” 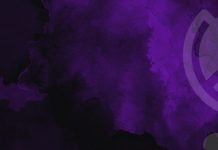