Home US News Presidency of Donald Trump: 50% Americans Say that he will be Seen... 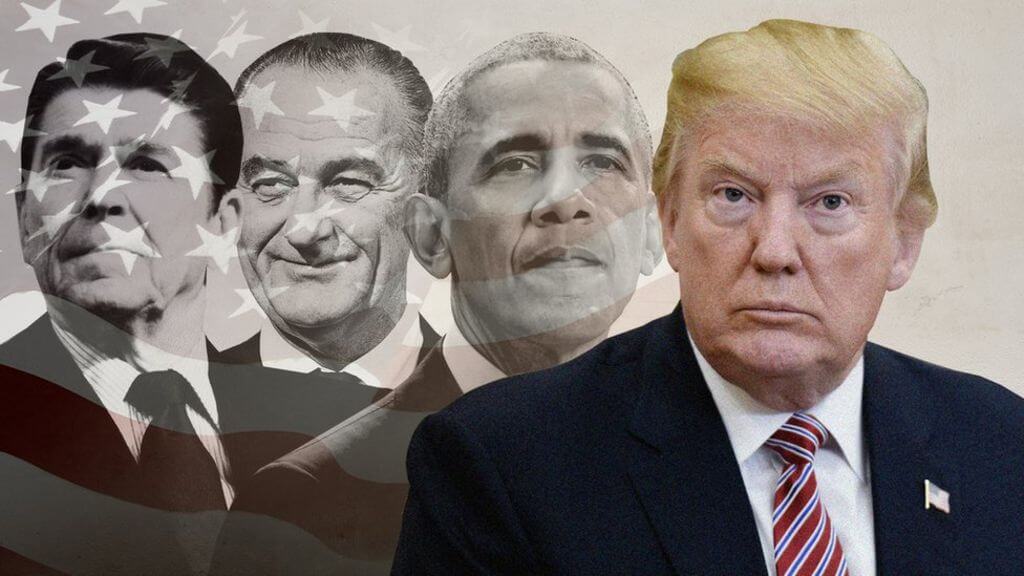 Trump is bound to leave the Oval Office as the court has decided against his stance in every case. The entire country has been divided into two distinct parts as the majority does not see him as a success story or as a role model.

Around 50% of Americans believe that he has failed as the president of the US and his tenure was the worst. He has been using the power in his hands to benefit himself before he leaves the office.

He has allegedly been giving himself and the family members the presidential pardon before he takes off. This has increased the concerns of the people of what he might have been doing for the past 4 years.

Trump has been the hurdle in the smooth transition of the power over to Joe Biden. His constant bickering about the election has caused this transition to be delayed by weeks.

Many Republicans have also guided him to put his feud aside and come for the inaugural ceremony. This will not only show the Republicans in a good light but also Trump will not leave us as a bad president.

Trump has not officially released a statement on whether or not he is willing to attend the ceremony on January 20. He is seen busy with issuing presidential pardons for his close ones as he believes Biden may target them.

Trump’s attitude suggests that he has been indulged in personal matters for the past 4 years. This is a common thought among the masses as they voted in favor of Biden in the presidential elections.

People are angry at his favors to the close ones and his presidential pardons. The country is going through a tough time and all  Trump can think of, is about him.

This has led to a negative peak in the popularity of Trump as he will not be remembered in good words. People believe that after the Electoral College had voted, now is the time for Trump to accept defeat.

Trump can still become the bigger man by accepting the defeat and leave as a president to be remembered on good terms. Although the Republicans are still going to vote for Trump if there is ever any other election.

People are not seeing the move made by the president as he prepares to leave the Oval Office as healthy. He is not only damaging his name but the name of the Republicans as well.