A strong wave of support has been seen for the people of color since the death of George Floyd. People had gone too far with their acts of cruelty when it came to the black people.

A trendy statement that had taken place among the masses was “black lives matter’ used on and off. By this, people show their utmost respect to black populaces.

However, players at Premier League’s match have gained respect after showing solidarity to this sign and the people. In the remembrance of George Floyd, all the players of four teams that were involved did not have their names printed on their respective shirts.

Instead of having the names, players had ‘black lives matter’ printed. It was such a pure gesture to stand in solidarity with the black brothers.

Moreover, the public eyes came across a short film starring the stars of the football club. Mainly, Raheem Sterling has seen expressing his views before the movement.

Accompanied by other football players, Sterling mentioned that how disheartening it is to still see people with such a biased attitude. He also added, exhausted of this hatred.

As far as the game is concerned, this match has its significance. Among the 9000 matches conducted by the Premier’s League, this one has experienced a great technological blockage.

Even in the presence of 7 cameras around the pitch and specifically near the goal, the crossing of the penalty line could not be noticed. Oliver Norwood from the team United while holding the ball stepped on his line.

The team Villa has been successful throughout the league after their enormous win against Arsenal. Even in the match against United, with their effortless performance, Norwood’s foul helped them get through.

However, switching back to the nature of the match, this match was the most respectful one in history. The players observed the reverence and support by kneeling to the ground.

Along with this Pierre-Emerick Aubameyang from Arteta’s team raised his fist as a figurative act to show respect for black people.

Such a major game was the first time played without an audience. Despite this element, a minute’s silence was also observed by the audience at the Etihad Stadium. 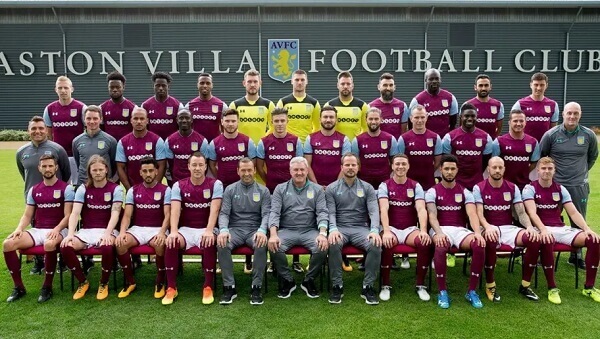 On Wednesday, Oliver Dowden, the Cultural Secretary of Britain urged the football lovers to play their part to boost the league spirit. With this long-awaited return of the world’s best league, the fan-support is now needed more than ever Dowden added. Due to Covid-19 emergencies, the players are going to play in crowd-less grounds but the fans can still support them by watching the games from home and ensure their and others’ safety.

At the Etihad Stadium when the Gabon Internationals paid tribute to BLM the Arsenal striker also raised his fist to show solidarity with people protesting for BLM. Since the death of George Floyd, the gesture of kneeling and rising a fist has been adopted by many, especially prominent personalities around the world. That is an indication of the emergence of a more empathetic world.