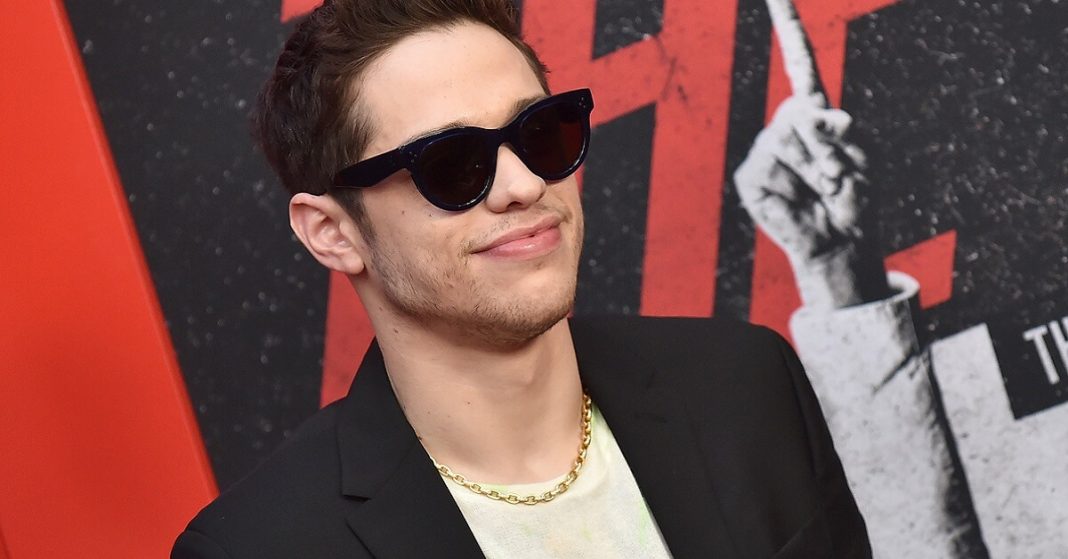 A body language specialist stated today that Pete Davidson’s “powerful Alpha vibe” and reputation as a rebound date who joyfully “measures his relationships in months instead of years” make him “like catnip” to Hollywood A-listers.

Judi James believes that the comedian’s success with women may also be attributed to the fact that he is able to laugh at himself, which is unusual in a profession that is filled with egos and “toxic ex’s.”

Most lately, it has been speculated that freshly single model Emily Ratajkowski, 31, has taken an interest in Davidson, who is 28 years old. A source informed US Weekly that the pair “have been talking for a couple months” after being introduced to one another by common acquaintances.

Ms. James told MailOnline that Davidson’s reputation for his “big d**k energy” is indeed alluring, but that it “doesn’t quite explain his fatal attraction values for so many global beauties.”

It is well known that he dated Kim Kardashian for a brief period of time; however, Davidson has also been linked romantically to other celebrities, such as Kate Beckinsale, Grande, and Phoebe Dynevor.

“It looked like Kim was his ultimate ”all the cherries aligned” fruit machine-type win but now he’s dating Emily Ratajkowski, proving there is no glass ceiling on romance as far as Pete is concerned,” Ms James said.

According to Ms. James, Davidson’s edginess, humor, dating history, and seeming readiness to give power to his love partner are all intriguing to women.

“In a world of controlling ex’s this could be like therapy for the women,” she said. “Pete is the guy with the goofy grin and the body language and fashion finesse of a party-loving teenager.”

“Not only does Pete look like a man who is continually punching above his weight, he acts like it too with his body language. He tends to look star-struck in a very flattering way.”

“The more beautiful a woman is the more she tends to attract the arrogant Narcissist. Pete looks like the opposite, which could be refreshing.”

It’s possible that the line of work that Pete Davidson does helps him out in the dating scene as well. In a society in which celebrities often “take themselves a little too seriously,” Ms. James believes that comedy may contribute to the creation of an “alpha vibe.”

“’Jokes can be as powerful as muscles when taking somebody down and Pete’s ability to crack great one-liners might be super-attractive, especially if he’s bringing a toxic ex down to size,”she said. During his relationship with Kim, which lasted for nine months, Pete Davidson is known for having reacted with humor to the insults and threats made by Kanye West.