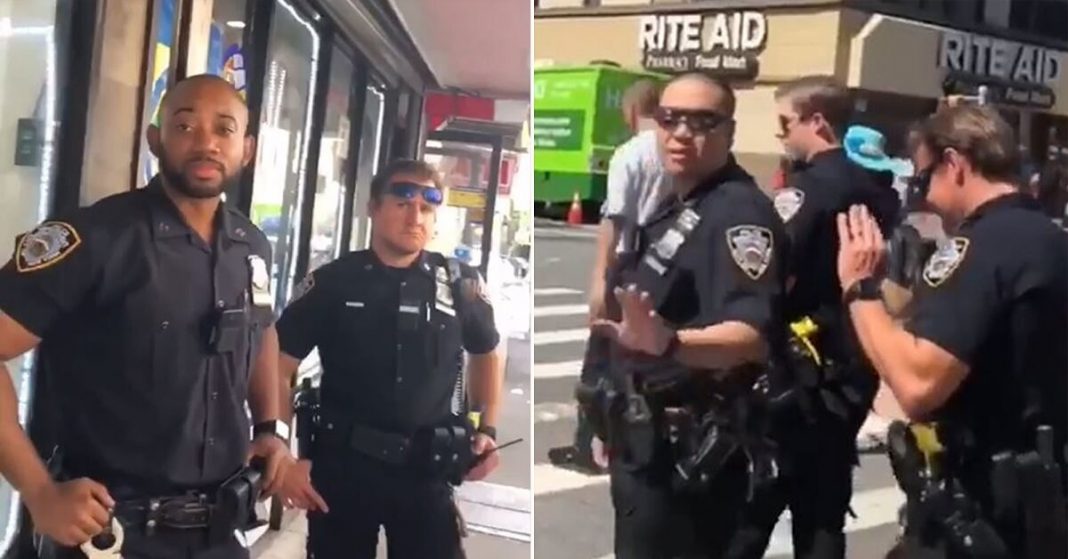 On Friday, NYPD tweeted a video that was recorded on Tuesday. The video shows young New York men surrounding the SUV of the NYPD and insulting the officers inside while placing a squeaky today that was pig-shaped on the hood. Those men were also waving a damaged US Flag.

The largest police union of the city shared the video over their Twitter account on Friday. However, it has been told that the video was recorded on Tuesday in Washington Heights in Manhattan.

With the video, it is evident that the group of men have surrounded the SUV and are found mocking the officers.

Sharing the video on their Twitter, NYPD has asked people to listen to the harassment and hate directed at the two police officers. NYPD believes that the only reason for such obnoxious behavior seems to be the uniform. Acting responsibly to the sad happening, NYPD has said that such haters do not represent any community but the politicians think so. 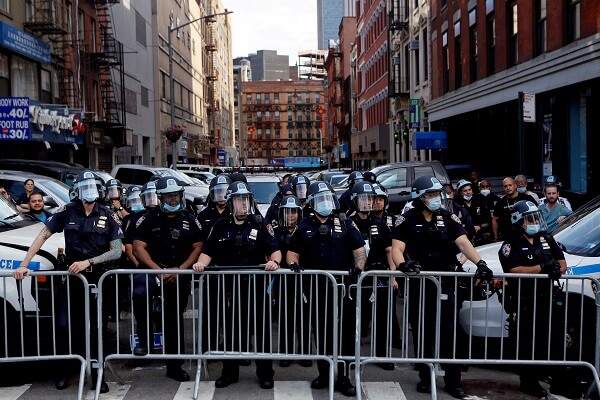 One of the members of the groups hurled profanities at the two officers who were inside the SUV with the windows rolled up. Apart from the curse words that were almost two minutes long, the group of men accused the officers of having beaten their wives.

When the NYPD officers had enough and they started to drive away, the group of men started singing “Na Na Na Na hey hey hey goodbye”.

After the incident, the New York City Police Benevolent Association called out the city lawmakers.

On one hand, there are calls to defund the police, and on the other hand, hate crimes have tripled against Asian-American New Yorkers in 2021. There is a 12% increase in the murders and 40% in shootings.

In recent days, the police had to respond to a murder-suicide case when they received a call from a nine years old girl at 911 informing that her father has gunned down her mother and two sisters prior to killing himself at her birthday celebration in Brooklyn.

NYPD Chief of Detectives said that it was horrific to attend such a call from a 9-year-old girl that her father shot people on her birthday. It was too hard to be heard. According to the NYPD, the girl was hiding in a closet in the wake of the incident.

With such an increasing crime rate, the New York City Council voted to cut $ 1 billion from NYPD’s budget.