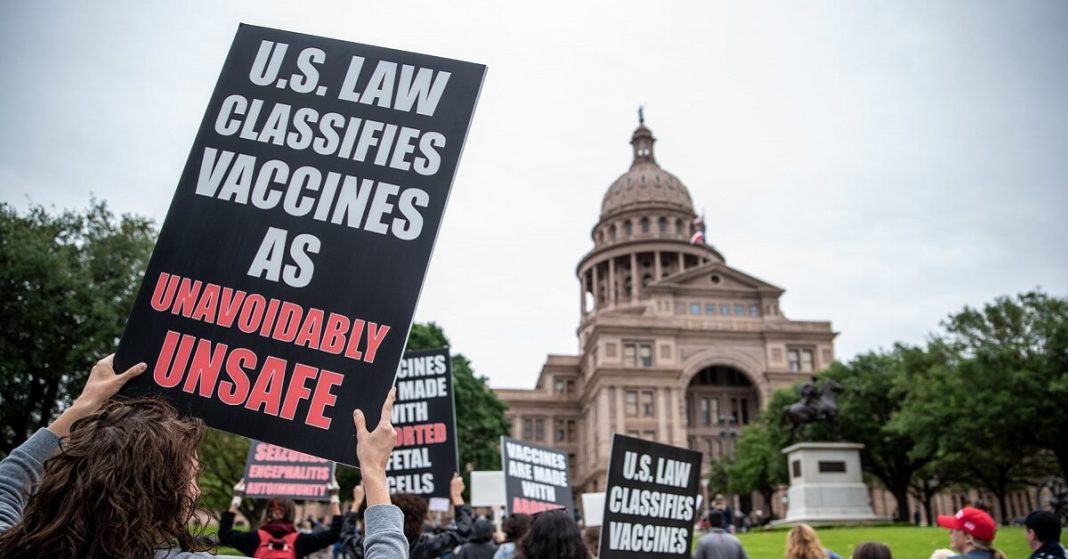 A group of retired and current teachers marched across the Brooklyn Bridge to protest against the vaccine mandate across the state of New York.

The teachers chanted slogans against the government and President Joe Biden.

A video uploaded on Twitter had people marching across the Brooklyn Bridge while chanting “F—k Joe Biden.”

The protesters held placards, signs, and slogans which were against the mandatory vaccination being improvised by the federal government of America.

Protestors carried signs saying “last year’s heroes, this year’s unemployed”, “I call the shots” and “my body, my choice.” The group of people marched towards the Brooklyn Pier.

According to the reports, the peaceful protest was duly organized by the Teachers for Choice and was started from Foley Square.

Hundreds of teachers, including retired and current, were joined at the protest by other staff of the schools as well as like-minded parents. They all gathered at Foley Square on Monday to denounce the vaccine mandate which will result in people losing their jobs.

The protesters called their march “freedom rally” in which they walked from Foley Square till the Brooklyn Pier peacefully marching and chanting slogans.

Amy Carroll, a retired teacher and an attendee of the march stated “I have lived and worked in this city as a civil servant for 28 years of my life. I should be able to make my own health decisions and make a decision that doesn’t affect my employment that doesn’t affect my right to go to a restaurant, or a Broadway play, or a museum.”

The protestors called out the Mayor of the New York state, Bill de Blasio who had earlier announced that all the employees of the education department must be vaccinated by 27th September to retain their jobs.

President Biden had also sided with the mayor and had announced a new vaccine mandate for companies that had more than 100 employees to get them vaccinated or be ready to be tested for coronavirus every week.

Teachers for Choice, the organization behind the protest, announced that they will be going ahead in filing a lawsuit against New York City for the vaccination mandate.