Home Science NASA is testing planetary defense system by crashing a spacecraft into a... 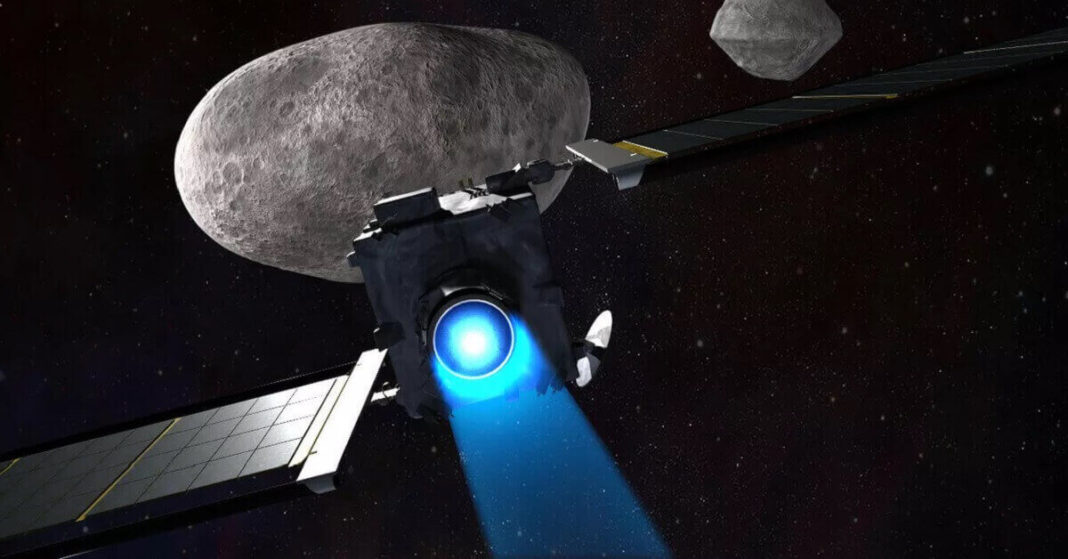 It is time for NASA to test its planetary defense system, and what other than to perform a simulation in space and investigate it later to prove their point.

There are plans to hit the surface of a moon with a spacecraft. The spacecraft built by SpaceX is likely to be launched in 2021 and it will hit the moon by the end of 2022.

This moon has been named on previously as well. But this time, the name, Dimorphos, is chosen is for a reason.

The reason for choosing this name is that there are going to be two forms of the same object. And the literal meaning of the name in the Greek language is two forms.

The Hera teams are not going to jump on this project right now. But they will be examining the impact by the year 2026.

There is a long wait time before all this procedure can be of any conclusion. The Hera teams plan to visit the Didymos asteroid system assuming that DART has been successful in their mission.

NASA is hopeful that the project will go through just fine. They have already prepared a long report for the US Government to prepare themselves for Near-Earth Objects (NEOs).

NASA, on one hand, assures the inhabitants of the Earth that they are preparing for the worst-case scenario. On the other hand, NASA also issues warnings time and again so that the Governments are prepared for any unforeseen event.

Space is an unpredictable place and the planetary defense system is the only hope for humanity in case of a NEO hits the surface of the Earth. DART and Hera Teams are to join hands and make this project a success.

Japan hit by earthquake of 7.1 magnitude which is aftershock of the 2011 quake