Home Entertainment Is Meghan hiding something about the mysterious $62,000 pinky ring? Riddle continues... 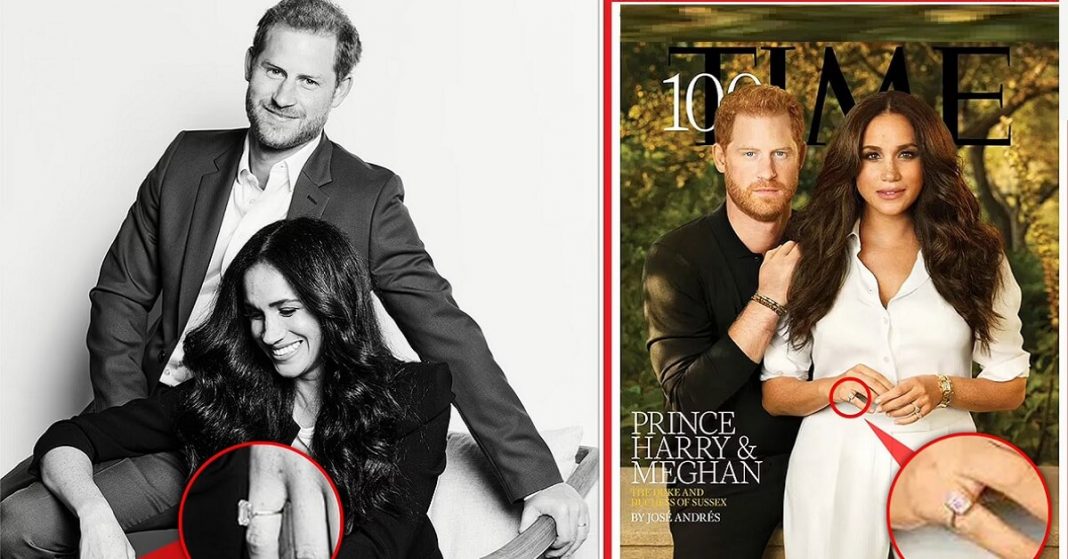 Meghan was spotted wearing a stunning $62,000 worth of jewelry while posing for Time’s cover along with her husband Prince Harry. The emerald-cut pinky ring is made of “gifted diamonds from the Middle East”.

The 40-year-old Duchess of Sussex has worn a couple of rings from her favorite luxury collection, but the royal pinky ring, designed by Lorraine Schwartz has reportedly raised a lot of questions.

According to Page Six, Megan turned to Lorraine Schwartz- an American jewelry designer to create a perfect masterpiece from a diamond gift that the couple received from the Middle East.

However, Meghan and Prince Harry denied all claims that the ring was made by super-talented jeweler Lorraine Schwartz along with the price estimations of $62,000.

They further stated that the ring was sourced by a stylist on the shoot from the designer and there is no link with a thriller donor within the Middle East.

But if the diamonds did come from the Middle East, then it is ambiguous if Meghan received the gift while she was still serving as a working royal or if she performed her official duties in early March 2021.

In an exclusive conversation with FEMAIL, Alexandra Michell Gemologist commented that, “

There might be some interesting mystery about the pinky ring. But, that’s a stunning piece of jewelry she is wearing, indeed!