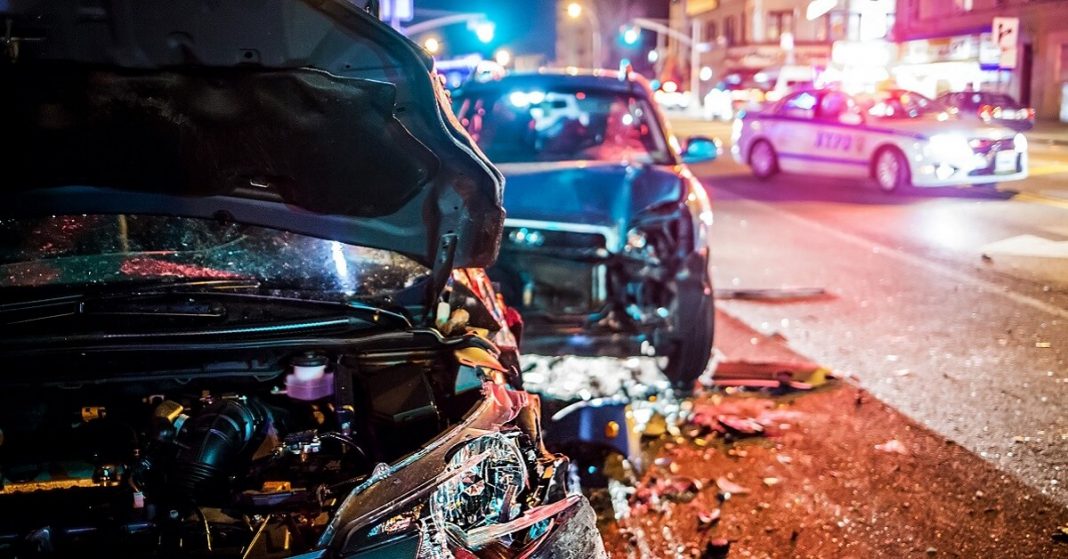 After crashing into a restaurant in Upper Manhattan on Monday, an automobile caused more than a dozen individuals inside the restaurant to sustain injuries.

The incident took place on Broadway by 204th Street in Inwood. According to Manhattan authorities, all the victims are expected to survive.

It has been reported that there was a collision between two automobiles, after which one of the vehicles lost control and crashed into the front façade of a restaurant.

According to the police, there were 22 individuals injured, including a little girl of 10 years old who had a fractured leg.

The surveillance footage shows the gas station that is located adjacent to the restaurant. You’ll see that it shows a silver automobile making its way onto Broadway. The automobile was involved in a collision with a black car, which was followed by the black car swerving out of view of the camera.

Exactly at that moment, it slams into the Inwood Bar & Grill.

According to the police, the driver of the silver vehicle drove off and fled the site of the accident.

Sory Toure, the driver of the black automobile, remained at the site after the collision.

He asserted to CBS2 that he drives for Uber and that he was transporting a passenger in his vehicle at the time of the accident. They were both injured, but nothing serious.

According to Toure, the silver automobile seemed to appear out of nowhere.

“He was speeding very, very fast. Because that’s why he hit me. If he wasn’t coming like fast, he wouldn’t have hit me,” Toure said. “When it hit me, I think, my life is gone. That’s what I think … I don’t drive, like, drunk drive. I don’t do that. This is my job.” No arrests have taken place.