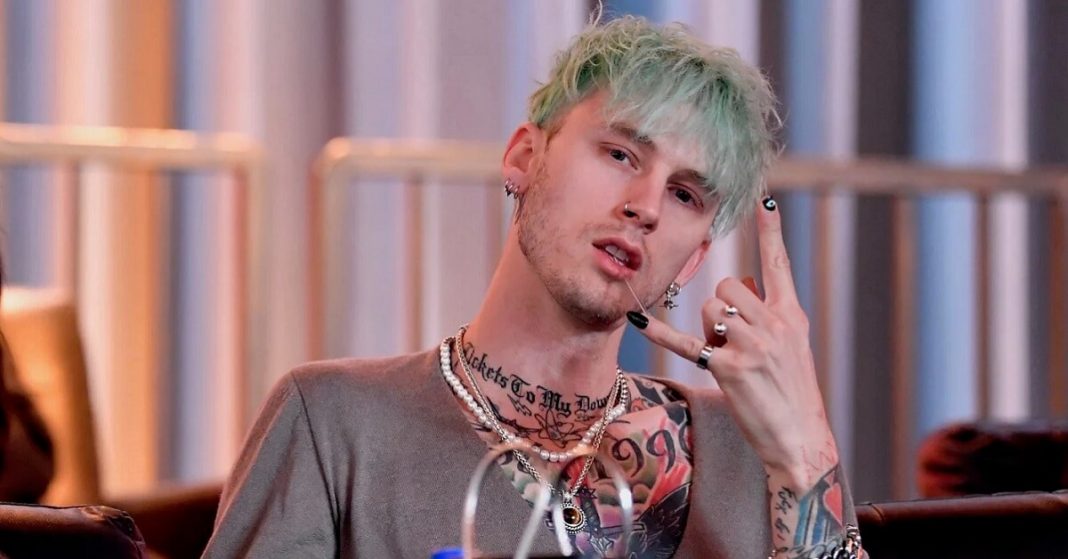 Machine Gun Kelly finds himself in the middle of a controversy as a parking attendant has accused him of shoving him down. The parking attendant in LA registered a police report claiming that the superstar shoved him down and pushed him over the chest when his car got delayed by the valet.

Machine Gun Kelly is reportedly in Los Angeles these days where he is directing his debut film “Good Mourning with a U”. He is said to be shooting the movie along with his close friend Mod Sun and girlfriend Megan Fox.

Machine Gun Kelly’s PR team as well as the crew members denied such an incident stating that the said incident never happened in real life!

According to the production crew, the incident never happened and the said attendant was in fact wandering at the location of the shoot without permission and misbehaved with a crew member. According to one of the sources, “the attendant was barking at a crew member, not Machine Gun Kelly, to get out of the lot he didn’t get the memo about the movie shoot.”

The production attendant further stated that MGK yelled at the parking lot attendant to go away from the set but did not make any physical contact with the guy at any given point.

It is noteworthy to acknowledge that the parking lot attendant waited for more than a week before registering a report with the L.A police.

He also claimed that he did not suffer any injuries and no witnesses were present when this alleged incident took place. The production crew claims otherwise. He walked on a movie set and all of the crew and other bystanders witnessed the whole episode which was not physical at any given point.

This alleged battery case against Machine Gun Kelly will most probably be rejected for an obvious reason – “insufficient evidence” as well no inflicted injury recorded by the alleged claimant.

The case will most probably end up at the City Attorney’s office of Los Angeles but a clear indication states that it will be rejected after the initial hearings.

This is the directorial debut of Machine Gun Kelly who is a singer, songwriter, and actor.

The real name of Machine Gun Kelly is Colson Baker and he is famous for his songs “bad things” and “my best friend’s ex”. He has also acted in a few movies in the genre of thriller such as the “bird box.”

MGK also acted in the Motley Crue biopic “the dirt” where he portrayed the role of Tommy Lee.

Good Mourning with a U is a directorial debut in which he will be acting as well along with his girlfriend Megan fox.