Home US News Party at Mulholland Drive in Beverly Crest – LAPD Responds to a... 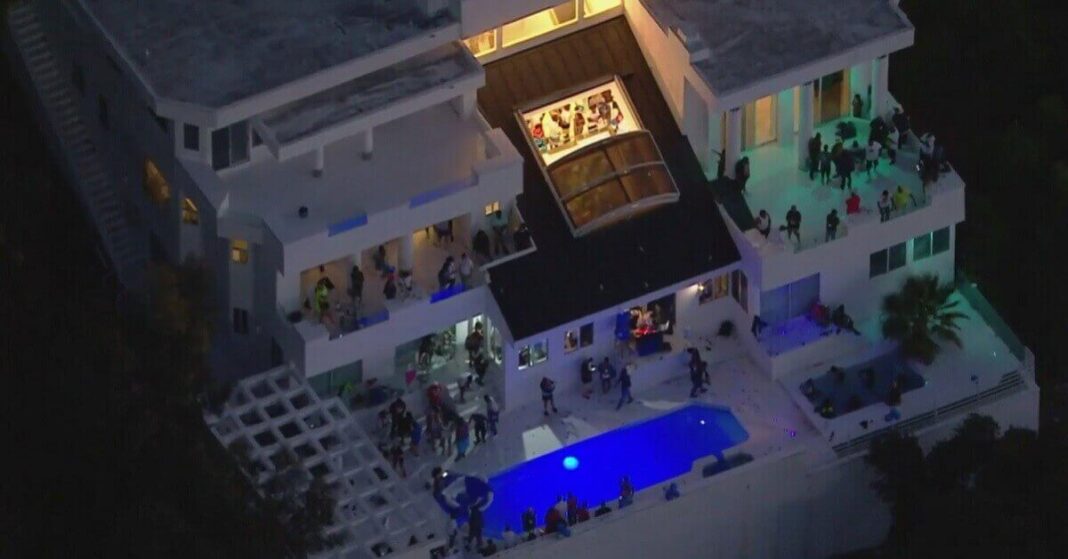 A lively party early on the night of Tuesday ended on a rather unexpected note when neighbors called the police after hearing gunshots.

The gathering was held in the 13200 block of Mulholland Drive despite the orders issued by the government regarding social distancing. This also raised concerns for the spread of COVID-19.

Control of the coronavirus depends heavily on cooperation by the public and would not be possible unless everyone takes responsibility for themselves along with the state.

LAPD is investigating a house party on Mulholland Drive in Beverly Crest pic.twitter.com/wixnARovcW

Police did report the illegal parking of vehicles outside the house but did not break the party which was of around 200 people. Some videos have circulated showing many people having fun in the terrace and swimming pool.

Another such incident was reported in May where police had to intervene and break a party of 100 people at another house after a person shot himself accidentally.

A rapper also got wounded by a gunshot in the locality in July but the police made no mention of the incident and referred to it as a foot injury.

Sheila Irani, who is a member of the Hollywood United Neighborhood Council said that despite the coronavirus restriction, the parties are going on. They have just shifted to the Hollywood hills. The people seem unaffected by police warnings.

With bars & clubs closed due to COVID 19, we have seen an increase in calls for loud house parties in the Hollywood Hills. Our Senior Lead Officers as well as Ethan Weaver from the @CityAttorneyLA office put together a video with info on nuisance party laws in LA. pic.twitter.com/kGN5NG7IG6

The Los Angeles City Council approved that those people found to be holding parties against law would be charged with fines and sanctions. This was proposed by Councilmen David Ryu.

He said that it has become a health hazard to hold parties in such a time. And strict action must be taken against the hosts and the attendees of such gatherings.

Furthermore, the City Attorney’s office said that the people who assist in organizing such parties by renting out their places would be held accountable as well. They can face up to six months sentence in jail.

Is the Omicron Variant Prompting New Travel Restrictions despite people are still dealing with Covid-19?