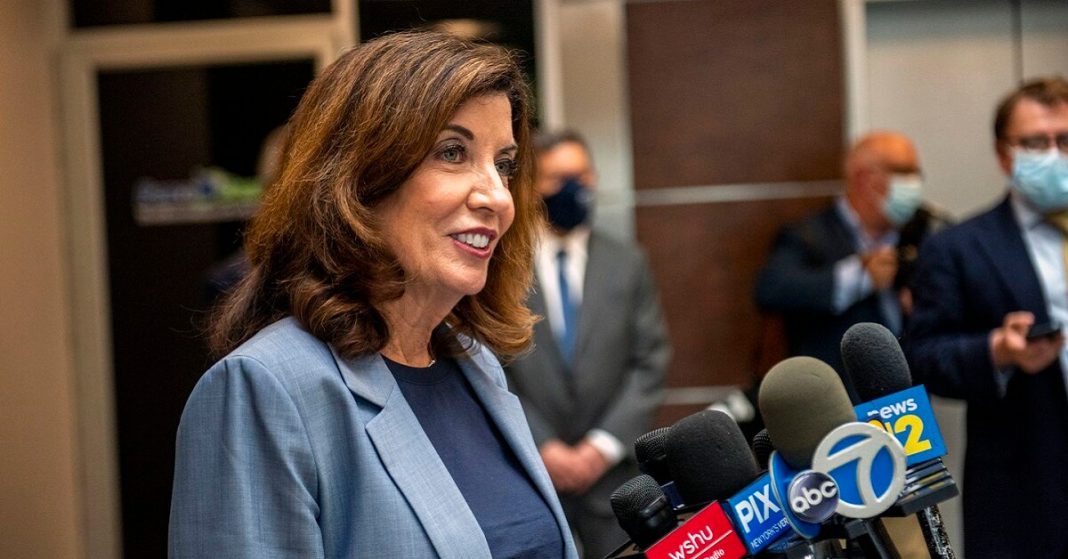 Kathleen Courtney Hochul has been serving as a lieutenant Governor of Andrew Cuomo since 2015 but they were hardly spotted together or were seen aligned on the same page over any agenda. After the disgraceful investigation in which 11 women came forward with sexual assault charges against Cuomo, Hochul had started to maintain her distance to prepare herself for the role of governor launching herself for re-election.

“no one will ever describe my administration as a toxic work environment.”

New York’s chief judge Janet DiFiore swore in Kathy Hochul while her husband Bill Hochul held the bible for her during a swearing ceremony that took place at the state Capitol in Albany, New York.

Hochul hails from Buffalo, after swearing-in as the governor of New York she stated that

“she felt the weight of responsibility on her shoulders.”

“I’ll tell New Yorkers I’m up to the task. And I’m proud to be able to serve as their governor and I won’t let them down.”

Kathy Hochul faces immense pressure and stress to start performing; as the New York state government has been tainted with multiple scandals in recent times, causing an undue delay in projects and other beefed-up radical issues which have already been maligned by the conduct of former governor Andrew Cuomo.

Hochul has to face the huge task of curtailing the surging cases of coronavirus in the state which have once again shrouded the state of New York as well as the extension of the statewide eviction moratorium which will be expiring on 31st august of 2021. Let’s congratulate her on the new role as it might be a hope for a better future!