Home Entertainment Kathy Griffin Talks About the Repercussions of the Trump Photo Scandal Which... 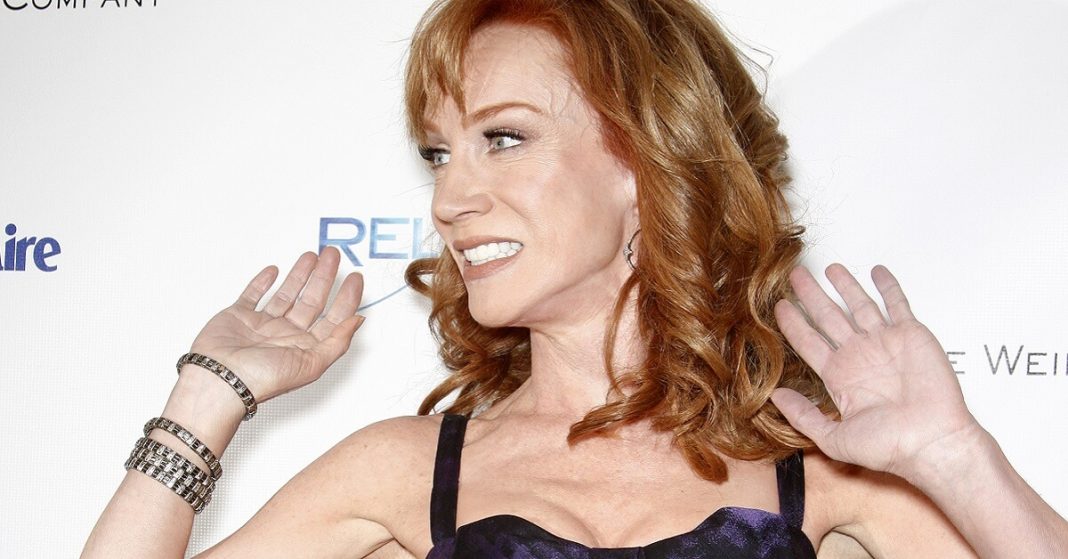 Kathy Griffin is opening out about the effects that posing with a bloody imitation of former President Donald Trump’s head had on her health.

She referred to the effects of the photo as “an erasure” in an opinion piece for Newsweek and said that she could not leave her house for many months as a result.

“I started taking any prescription pill I could get my hands on. I was taking a lot of Valium, which is very addictive, and Xanax,” the comedian, 62, said. “I then overdosed on June 25, 2020, and went to the hospital on one of those psychiatric holds.”

As a result of the incident that occurred in 2017, Kathy Griffin was removed from her role as co-host of CNN’s New Year’s Eve special, subjected to an investigation by the Secret Service, and placed on a “No-Fly” list. She had a significant number of her stand-up engagements and TV prospects terminated.

She claimed that things started to pile up after she noticed that many “old friends” such as Andy Cohen and Anderson Cooper were distancing themselves, in addition to the rising response from liberals and conservatives.

“It was just too much for me,” she stated.

In spite of the fact that she is able to find humor in the circumstance by stating, “I have more in common with Britney Spears and Kanye West than I ever wanted to,” she disclosed that she has sought therapy and that she is still undergoing it.

“I got the help I needed. And now I go to AA, even though I’m a pill girl,” she wrote. On her 62nd birthday, November, she celebrated by sharing a humorous video in which she spoke about the obstacles she had overcome in the past.