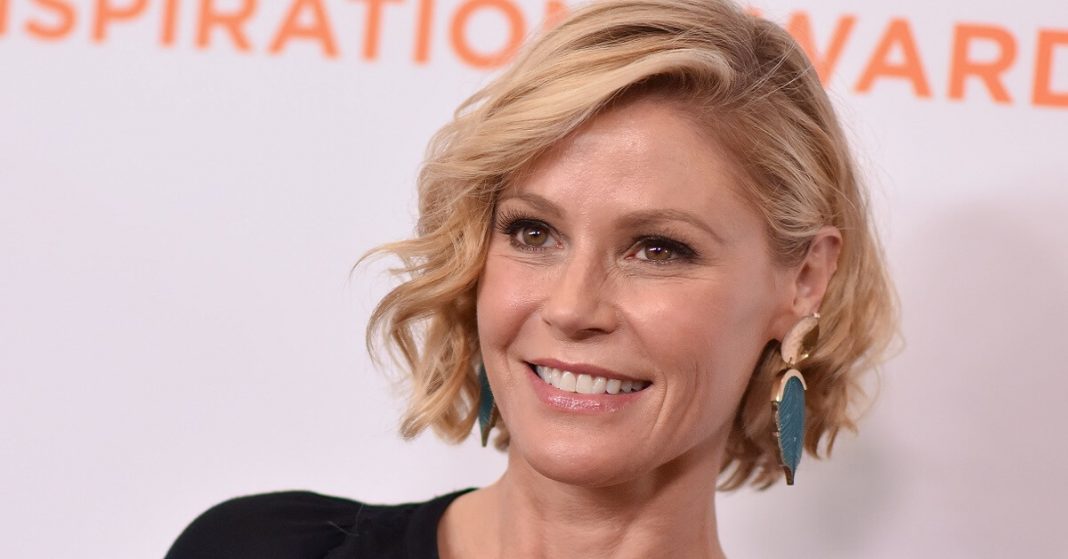 Julie Bowen revealed this week that despite the fact that she identifies as “straight,” she has admitted that she had previously been in love with a female.

“I’m straight. I’ve always been straight,” the “Modern Family” actress said on Monday. “I was in love with a woman for a while, but she didn’t love me back.”

She said that the other lady also liked women but  “she didn’t like me in that way. It never really took off so I never really had to challenge my concept of my sexuality.”

Julie Bowen was having a conversation about sexual preference labels with Becca Tilley, a former contestant on “The Bachelor,” who is currently dating singer Hayley Kiyoko.

Tilley stated that “life is already really hard. Falling in love should just be a natural and beautiful thing that people don’t have to explain to anybody.” This is the fourth year that the pair has been together.

Bowen mentioned that she thinks it is unusual that individuals frequently begin by inquiring about the preferences of other people. She hoped that individuals won’t always be forced to come out, and she went on to say “I hope that people don’t have to lead with what you do with your body should not be the first thing that we know about people or care about. That’s your business.”

Tilley continued by saying that she receives questions from people on social media platforms who say they do not understand how she ended up with a woman after being on “Bachelor” twice with the intention of perhaps getting engaged to a man.

“I don’t think you can really explain falling in love with someone… Sometimes I think people try to put love, emotions and feelings into a box, and it’s not something that should be boxed up.”

In 2018, Bowen ended her marriage to real estate businessman Scott Phillips, to whom she had been married for the previous 13 years. The divorced couple is the parents of three children: Oliver, who is 15, and John and Gustav, who is 13.