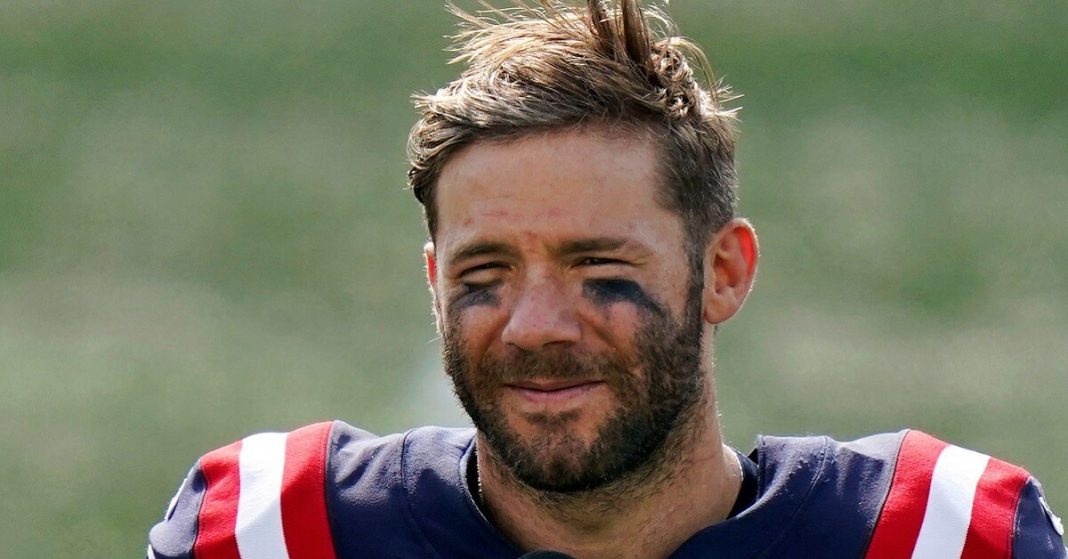 Known for his stellar skills and unwavering dedication to performing in the game, Julian Edelman had reached an unparalleled domain in the realm of football. Critically acclaimed for his talent, the New England Patriots star had become a household name by his consecutive wins in the Super Bowl. However, his flourishing career has come to an abrupt halt as he has announced his retirement from the NFL.

Edelman took to social media and posted an emotional tribute to his time in the NFL. His video contained a snippet of himself sprawled across the Patriot’s home ground, Gillette Stadium. He supported this video with an emotional caption in which he termed his NFL playing tenure as the “best 12 years of my life.”

For a man like Julian Edelman, this decision didn’t come easy. He spoke his heart out on his social medium where he stated that nothing has ever been easy, and this step is most certainly one of the most difficult ones he’s had to take throughout his life. Fueled by passion and commitment, Edelman had vowed to play until “the wheels came off” and that is exactly what he did. He played till the very end of time until his health conditions permitted him to do so.

Due to an injury last year, Edelman has decided to pull the plug and quit football for good. He declared that this was quite possibly one of the hardest decisions that he has to make, but he is well aware of it being the right decision for him and his family. Edelman signed off his social media post by declaring that he is immensely proud to have been part of such a brilliant team and retiring as a Patriot is an absolute honor.

He extended his sincere gratitude to Robert Kraft, the owner of Patriots for his unconditional support and his teammates that have stayed by his side throughout the years. Edelman concluded that his entire time at NFL has been a “helluva run “and he will always be grateful for the team that gave such a warm welcome to him and his family in a place that was so foreign to them.

Edelman finished off a spectacular career that rounded up to 620 receptions, 6822 receiving yards, and almost 41 touchdowns. He will be remembered as one of the best players in footfall for years to come.