Twitter co-founder Jack Dorsey endorsed Elon Musk’s $44 billion acquisition and privatization of the micro blogging platform and called it ‘the right path’ for the company’s future, reports said on Monday.

In his Tweet, Dorsey wrote, “Elon’s goal of creating a platform that is ‘maximally trusted and broadly inclusive’ is the right one,” moreover he thanked Elon Musk and Twitter CEO Parag Agrawal “for getting the company out of an impossible situation.”

“This is the right path…I believe it with all my heart,” Dorsey continued, who resigned from the CEO position back in November.

While endorsing Tesla’s CEO’s vision regarding Twitter, Dorsey said, “operating Twitter as a company has always been my sole issue and my biggest regret and Taking it back from Wall Street is the correct first step.”

“In principle, I don’t believe anyone should own or run Twitter,” wrote Dorsey on Twitter.  “It wants to be a public good at a protocol level, not a company. Solving for the problem of it being a company however, Elon is the singular solution I trust. I trust his mission to extend the light of consciousness.”

On Monday, Elon Musk, who has made the massive $44 billion acquisition deal with it, said that he wanted to acquire the platform to restore its “adherence to free speech principles.”

“Free speech is the bedrock of a functioning democracy, and Twitter is the digital town square where matters vital to the future of humanity are debated,” said Musk after making the billion dollar deal.

Elon Musk, who once was the biggest critic of Twitter, is said to be paid $54.20 per share for Twitter, which he has promised to take private.

According to the Hollywood Reporter, the former Twitter CEO, Jack Dorsey, who did not take a salary as head of the micro blogging site, owned around 2.4 percent of the company’s shares or about 18,042,428.

With the deal’s closure, Dorsey is expected to get a massive $978 million cash payout.

CFO Ned Segal and Agrawal each have “Change in Control” articles in their respective contracts as per Twitter’s latest proxy filing, reported by a news outlet.

As per Parag Agrawal’s clause, the CEO “cites his reporting to the board of directors of a publicly-traded entity,” which means the clause would trigger if Twitter becomes private. In case if both the executives were terminated, Parag Agrawal would be entitled to a $38.7 million package while Segal would be paid a $25.5 million package, a source revealed. 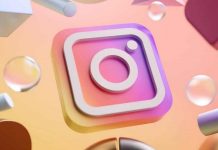 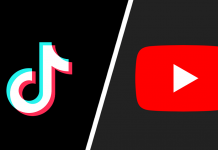