Home US News Hurricane Ida Intensifies to 150 mph and is Near to Becoming a... 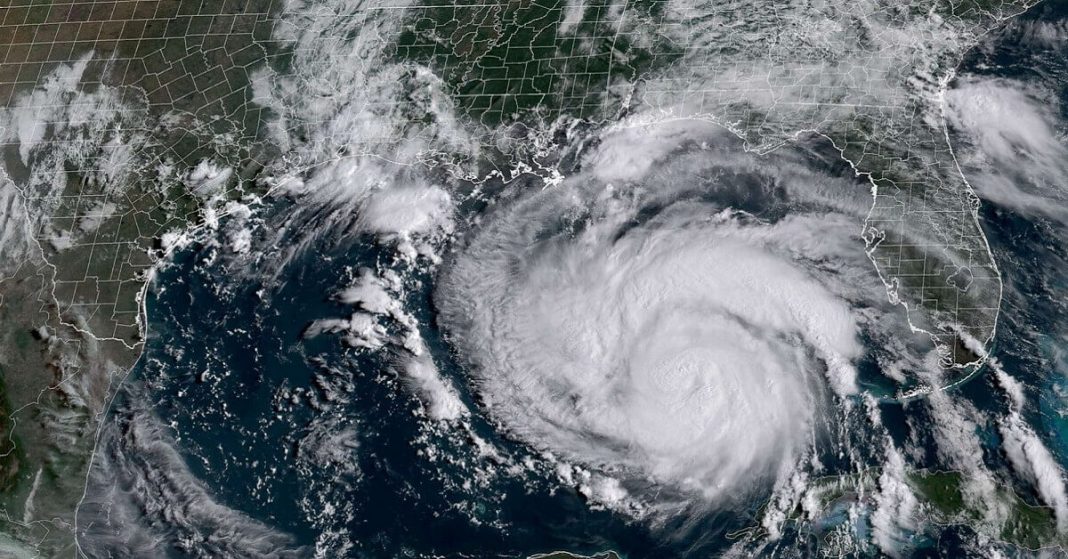 Hurricane Ida was upgraded to a Category 4 storm this Sunday morning, the National Hurricane Center reports. It quickly intensified to up to 150 mph.

That is just 7 mph short of elevating Hurricane Ida to a Category 5 storm. The storm was 60 miles south of the Mississippi River’s mouth, the National Hurricane Center said at 7 a.m., as the storm persisted its 15 mph cruise toward the Gulf Coast and Louisiana.

Since hitting Cuba on Friday, the storm’s strength has rapidly grown, and it now threatens to be an “extremely hazardous major hurricane” when it makes landfall Sunday afternoon near the Louisiana coast.

Ida increased its sustained wind speed by 35 miles per hour in only six hours, the National Hurricane Center said.

“Ida is set to intensify further, and as per recent satellite pictures, strengthening seems to be imminent,” the NHC previously said.

The storm’s outer bands are already making their way ashore along the Gulf Coast, wreaking havoc on southern Louisiana, especially New Orleans. In the early morning hours, a meteorological station at Southwest Pass recorded continuous winds of 60 mph and gusts up to 74 mph.

From Intracoastal City to the Pearl River’s mouth, including New Orleans, Lake Maurepas, and Lake Pontchartrain, a hurricane warning remains in force.

Additionally, there is a risk of life-threatening storm surge flooding Sunday along the coastlines of Louisiana, Mississippi, and Alabama.

The NHC said that the effects of rainfall, wind, and storm surge would spread far beyond the storm’s core, and warnings have been released to people who have been impacted by severe storms in the previous year and historically.

If Hurricane Ida storm makes its landfall in Louisiana as anticipated, it would be the state’s fourth hurricane since August and the third significant storm to make landfall in that time period.

A Sunday hit would also coincide with Hurricane Katrina’s 16th anniversary of landfall on the Gulf Coast, which killed more than 1,800 people.

“August 29 is a watershed moment in New Orleans’ history,” Collin Arnold, director of the city’s Office of HSEP, told CNN Saturday. “Many people recall what occurred 16 years ago. Tonight is the moment to bunker down and be where everyone should be.”