Spotify Wrapped is like its own early mini-Christmas, as users over the world excitedly wait to find out what they listened to and liked in the entire year. If you have not been bombarded with your friend and family’s Spotify Wrapped screenshots on social media, here’s how it works.

Spotify is a music streaming service that offers free and paid subscriptions to the platform where you can listen to high-quality music and podcasts. The music platform has been doing its Spotify Wrapped since December of last year when it became an instant hit after being introduced. Users shared their most played songs, artists, and genre, with others on the internet.

The full list of data in the Spotify Wrapped includes an opening credits theme with a song, the number of minutes you spent listening throughout the year compared to your country’s average, the number of times you streamed your top song, types of different genres you listened to in the year, your top artist, your top 5 songs, your top 5 music genre, and you must listen to the genre as well. An additional artistic card this year was your Audio Aura, which told people what their music preference or mood was in the years.

The ultimate sensation has now apparently become have most listened you are a yearly trend, as it was launched yesterday on the clock on December 1. However, many users are complaining about not being able to find out their Spotify Wrapped data.

Keep in mind that if your application is not updated, you might find it difficult to spot your wrap. But if it is, all you have to do is go to the application, and you will find a curation with “Your 2021 Wrapped is here,” in an Instagram story style layout that you can play and watch the entire Spotify Wrapped. You cannot access it on the web player like last year, even if you play it, it will guide you to a download option. Furthermore, those who would like to save their top songs can do so by liking the curated “top 100 songs” especially made for them.

What else came with the Spotify Wrapped for users, was the streaming numbers for records, albums, and artists. Bad Bunny has been crowned the most-streamed artist around the world, with 9.1 billion streams on his work in just 2021. He was followed by Taylor Swift, as we saw the ‘Folklore’ singer’s incredible attempt at reclaiming and owning her work, with two previously released albums, Fearless Taylor’s Version and Red Tayor’s Version.

“Drivers license” by Olivia Rodrigo was the most streamed song globally with 1.1 billion streams, followed by Lil Nas X’s “Montero (Call Me By Your Name)”, The Kid Laroi, and Justin Bieber’s “Stay,” Rodrigo’s “good 4 u” and DuaLipa’s “Levitating” feat. DaBaby.

Some users even had very amusing reactions to others having an issue with Spotify users sharing their Spotify Wrapped, with one user writing,

“Apple music users posting their scrobbles like no one gives f**k today isnt about you,” with another one cheekily saying, “i think non-spotify users need to sit out today. It’s not about u. let’s remember the reason for this momentous holiday. no  one cares that u use apple music” 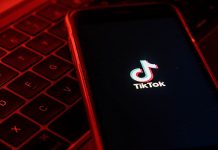 TikTok privacy settings loopholes: How you can be your most vigilant 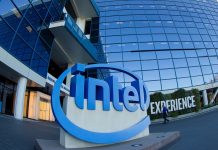 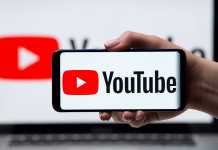