Home Business An insight to the wealth of U.S. | How much money is... 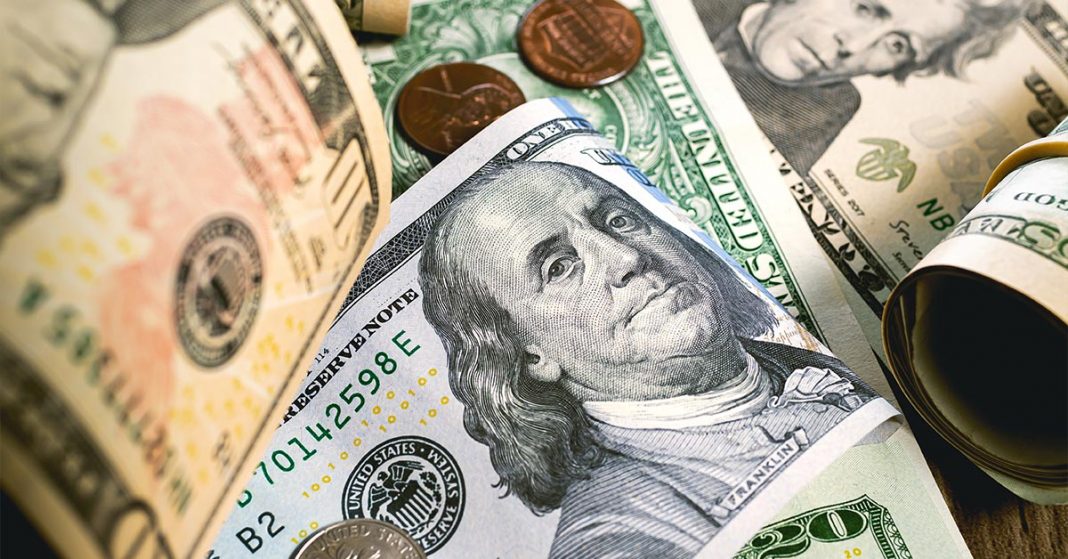 The world is facing unprecedented and unfavorable times and the majority of the countries are suffering from huge economic losses and their currency value is dropping. Interestingly, a lot of eyes are focused on the financial stability of the world’s biggest economy, i.e. the United States of America and people want to know how much money is in the US economy.

It is, however, impossible to deduce how much money is there in the U.S economy, since there is always a state of constant influx. Well, it is true that the United States of America has the most robust economy in the world with a Gross Domestic Product of about 20.4 dollars trillion according to the World Atlas.

What does GDP tell you about an Economy?

The GDP informs you about the value of a country’s resources and services in a specific timeframe. And even though it doesn’t give an accurate number about how prosperous an economy or government is, it does give you a fair idea about the currency’s worth of that specific country.

Is there a lot of money in the United States?

A lot of residents witnessed their overall wealth to grow to a whopping eighty-four trillion dollars at the beginning of the year. That is pretty huge. Whereas, a year ago it was said to be around eighty trillion dollars.

However, this is an average statistic that covers everything, excluding debt. It includes property, your housing, and your shares. But it still does not tell you everything about how an average individual has been doing.

It does not either consider inflation or the way wealth has been allocated to various households.

Contrarily to this, individuals have undergone a decrease in wages and net worth. It is assumed that benefits have been distributed just among the wealthiest Americans and not to all.

Comparison with the Past

Also in case, such a hefty amount is equally distributed amongst the entire population of the United States, which itself is about three hundred and twenty-nine million, even then it would make $343,000 for each citizen.

Almost half of the population has got their household savings in the way of monetary assets, i.e. shares and savings accounts, private pensions, and close-knit companies.

What are M1 and M2? And how is it categorized?

There are two categories in which the United States currency is categorized. It is known as M1 and M2.

M1 is a calculation of almost all the resources, which can be invested directly, such as cash flows or its equivalent. For example, other deposits, account reviews, and checks obtained by travelers.

While M2 is a significantly bigger term, it contains all the M1 as well as the investments made in short-term assets such as entire savings accounts, market funds, and CDs.

Since it’s necessary for analysts who make substantial choices not just to consider how the economy is doing but also to see how much money is readily accessible, Reserve Bank in the United States America calculates the overall amount of money in the United States every week by looking at the M1 and M2.

So to figure out how much money is in the US economy? The only possible approach is to look at the values of M1 and M2, and they will tell you all that you need to know about it. Moreover, bear in mind that the economy experiences a downturn as the Gross Domestic Product turns negative.

Similarly, it has occurred throughout the previous years of the United States economic downturns and is considered a crisis as the economy begins to weaken for years.

Insight of the US Wealth – FAQs

How much money does the US Economy generate a year?

The United States economy is said to generate approx $3.863 trillion per year.

What is the Current State of the US Economy 2020?

In all 50 nations, GDP has dropped, and the country's actual GDP fell at an average rate of 31.4%.

Where does America get most of its money?

The US gets its money from the taxes collected from people as well as insurances and corporates. So when citizens and companies make more income, they pay more in taxes.

Is the US Economy currently in a recession?

Yes, the United States economy is currently in decline, experts think the recession is unprecedented, but they expect it will end rapidly.