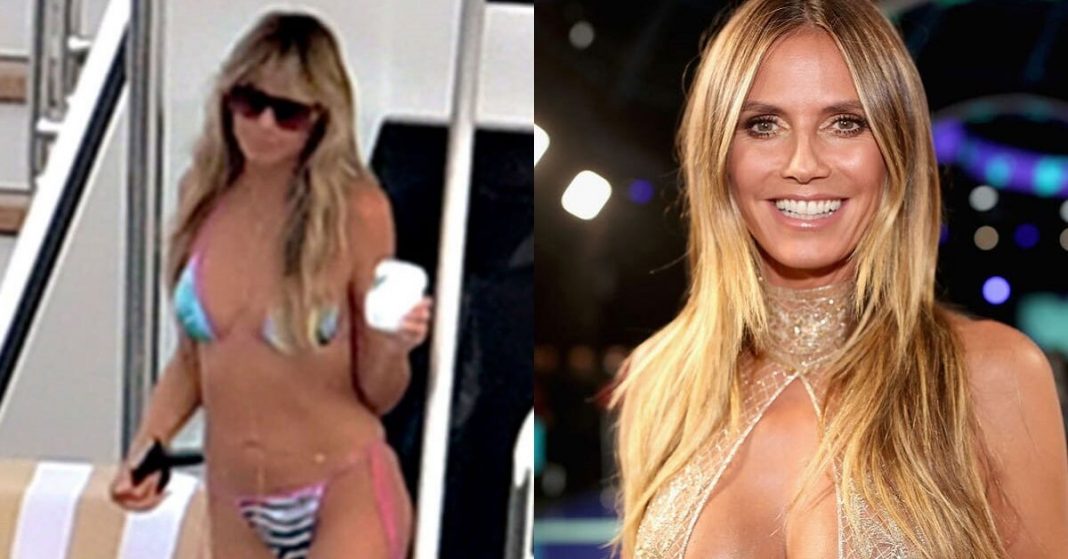 Heidi Klum is currently enjoying her Italian getaway with her husband.

Renowned model Heidi Klum posted her bikini photo on Instagram captioning it as “what a view” which took over the internet with a storm in no time.

The 48 years old German-American model is currently vacationing with her husband Tom Kaulitz. She has been spending time on a yacht in an Italian getaway vacation and keeps on posting pictures of herself from her holidays.

The former Victoria Secret’s angel also shared a topless photo just last week showing off the scenery as well as her happiness. She captions the topless picture with her husband as “you put the biggest smile on my face.”

Heidi Klum who stayed as Victoria’s Secret model from 1999 till 2010 has recently started being active on social media and also expressed her opinion regarding the rebranding of Victoria’s Secret.

The world’s most famous lingerie brand said goodbye to its angels recently by stating that the company plans to revamp the marketing and overall image of the brand. They plan to introduce a newer meaning of being sexy.

Heidi Klum continues to share glimpses of her leisure vacation with her husband on her personal Instagram account. One of the most seasoned supermodels of her time, she has transformed into a businesswoman and a TV host. She is spending her time in Italy, a much-needed break amidst the pandemic.