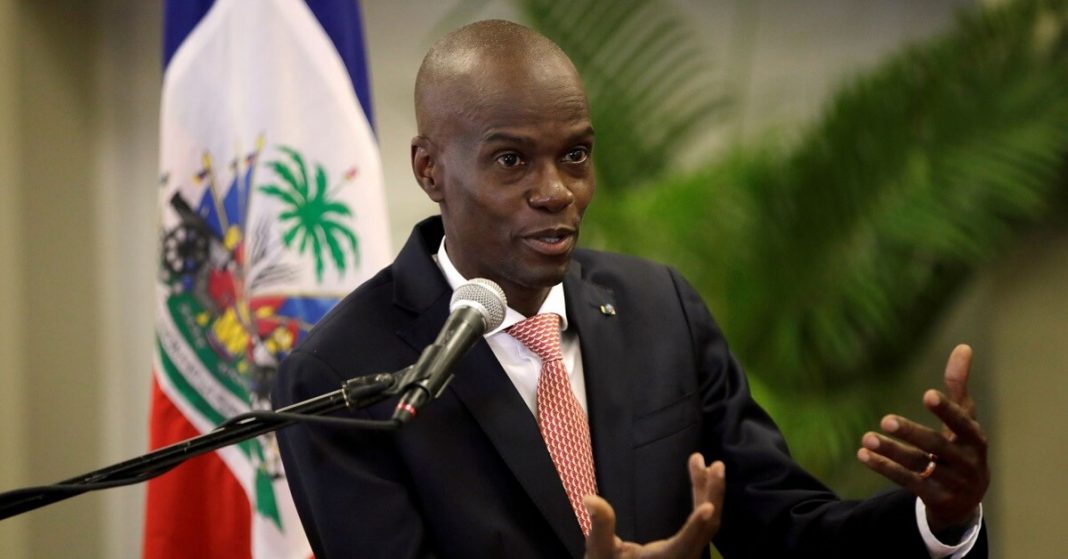 Jovenel Moise, Haiti’s president, was assassinated by a gunman at his residence on Wednesday. The acting prime minister of Haiti, Claude Joseph announced the death of the president of the country while declaring a state of siege. The prime minister described the assassination as a “heinous, inhumane and barbaric act.”

The first lady of Haiti, Martine Moise was also injured in the attack and was shifted to a hospital in Miami in critical condition. According to Haiti’s ambassador to the US Bocchit Edmond, the condition of the first lady is stable but critical.

According to the Washingtonpost report, the suspected attackers barged into president Moise’s home late around 1 am and fatally wounded him. The assassinators were foreigners and were assisted by locals – Haitian National Police.

The Haitian ambassador to the US stated in a press briefing that 4 foreigners were arrested and killed in connection with the high-profile assassination. According to Edmond, the attackers were believed to be “mercenaries” and they were “well-trained killers”. The CCTV footage showed that the attackers were speaking Spanish and introduced themselves as Drug and Enforcement Administration (DEA) Agents.

The acting prime minister broke the news on national television while declaring a state of siege and pleaded with the general public of Haiti to stay calm in these very chaotic moments the country is going through.

“I and all the ministers have been working since the news broke and we want to assure you we will bring the killers of the president to justice, please stay calm and let the authorities do their work. We don’t want the country to plunge into chaos. This is a very sad day for our nation and our people.”

Who was the President of Haiti?

He pledged to fight corruption, strengthen the institutions and overall improve the living standard of the people of Haiti by bringing in new investments and creating more jobs.

Moise had previously stated in U.N Security Council that as many as seven assassination attempts had been made to overthrow him from the position. He also announced that he had arrested people in connection with the assassination plot which included a police inspector and a judge.

What is the situation in Haiti at the moment?

Haiti has been witnessing political instability amalgamated with corruption, crime, and poverty since the end of a brutal dictatorship in 1986.

The assassinated president witnessed oppression from his counterparts as well as the opposition party because of a derailing economy, increasing poverty, and surging coronavirus.

The political situation became strenuous since February of 2021 when the opposition leaders claimed that Moise’s term has expired and he needs to take an official vote from the office to continue.

The situation of Haiti looks very blurry at the moment as according to the country’s constitution, the president of the supreme court is supposed to take immediate take over if something happens to the president but he died of coronavirus recently.

Right now, all eyes are on acting prime minister Joseph to take charge along with other ministers and bring the country out of the uncertain political environment.