Home US News Haiti’s Disastrous Earthquake Cause Thousands of Death

THOUSANDS of people are believed dead and many more wounded after a powerful earthquake hit western Haiti on Saturday, prompting residents to leave their homes amid concerns of collapsed structures.

According to the USGS, thousands of deaths and injuries occurred in impoverished mountain villages.

According to the agency, significant fatalities are expected and the catastrophe is likely to be widespread, and previous disasters at this alert level have necessitated a national or worldwide response.

Jerry Chandler, Haiti’s head of civil protection, acknowledged fatalities but claimed he did not have a “precise toll” at the time.

“We are still gathering data,” he told AFP.

During The Ceremony, The Church Crumbles

A church in the southern village of Les Anglais allegedly crumbled under the force of the quake while a ceremony was supposedly underway. 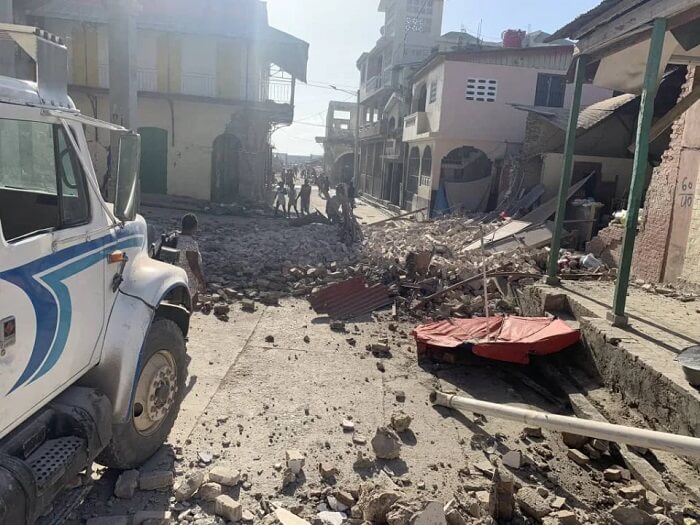 According to the USGS, economic damages may total in the tens of millions.

The nation is still reeling from a magnitude 7 earthquake that struck near to the capital eleven years ago, killing at least 250,000 people, injuring 300,000, and displacing over 1.5 million.

According to a local named Daniel Roos, everyone is really terrified. It has been a long time since such a large earthquake occurred, he said, adding that his house remained stable although the furnishings trembled.

Naomi Verneus, the Port-au-Prince resident, told the Associated Press that she was startled awake by the earthquake and felt her bed shake.

She said that she awoke with no time to put on her shoes. She said that we survived the 2010 earthquake and that all I could do was flee.

She subsequently recalled her two children and mother were still inside. Her neighbor entered and yelled at them to leave.

A video shared on social media showed a chaotic and terrifying sight in Les Cayes, in which a structure fell into a roadway and panicked people could be heard screaming out in the background. 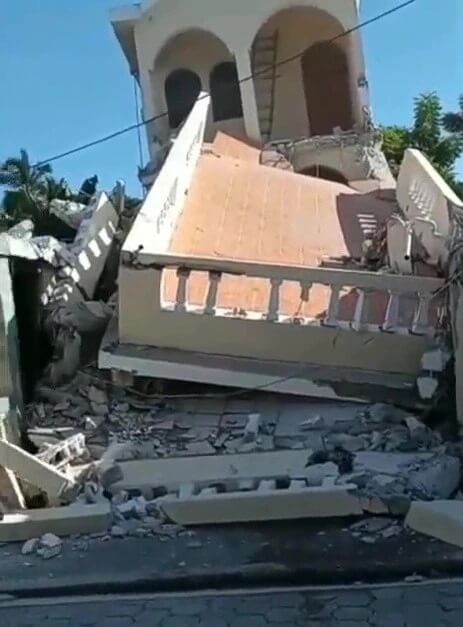 Additionally, the earthquake was felt across the Caribbean, including Jamaica and Cuba.

According to the US Tsunami Warning System, “hazardous tsunami waves are predicted,” with waves reaching 1to 2 metres above sea level along Haiti’s coast. Just over an hour later, the alert was removed.

Following the first quake, a succession of lesser aftershocks continued to rock the island, according to the USGS.

One with a magnitude of 5.2 happened early this morning 17 kilometers (10 miles) near Chantal. 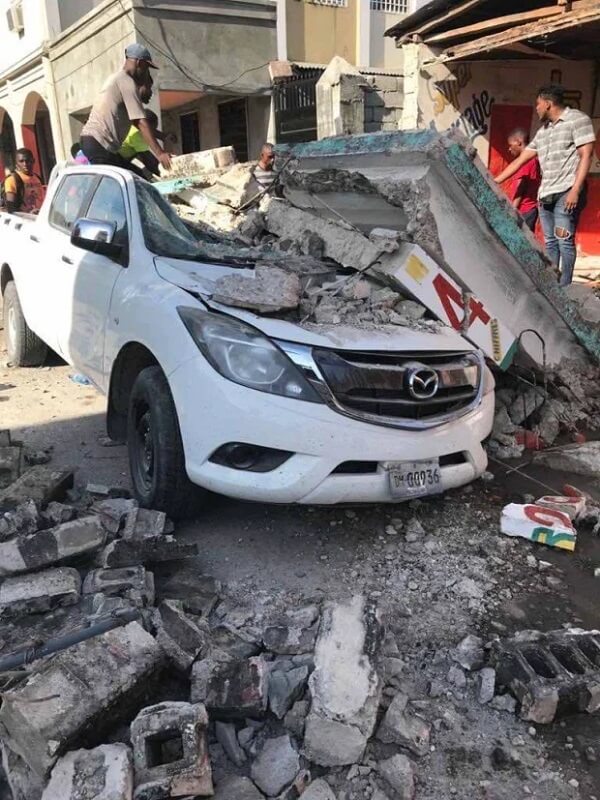 Haiti is one of the world’s poorest countries and 60% of its population lives below the poverty line.

The disaster-stricken country is still suffering after President Jovenel Mose’s murder on 7th of July.

Haiti is still reeling from the devastation caused by the January 2010 earthquake.

To make things worse, the area may be affected early next week by Tropical Storm Grace.

Grace, which began as a tropical depression, developed into a tropical storm approximately 400 miles east of the Leeward Islands in the Atlantic Ocean, according to the National Hurricane Center.

The storm is anticipated to deliver torrential rain and floods and may make landfall in Haiti as early as Monday, according to predictions.

Earlier on Saturday, a 6.9 magnitude earthquake struck southeast Alaska. There have been no reports of injuries so yet.