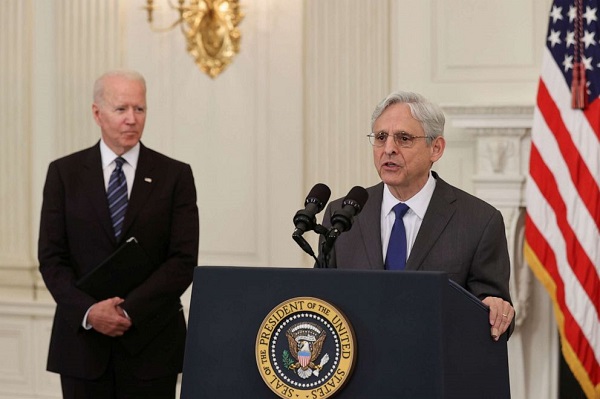 President Joe Biden announced that his gun control measures would focus on strengthening background checks, boost community policing, and a strict ban on assault weapons as well as high-capacity magazines.

President Biden had a meeting with the law enforcement officials and the state and local leaders in order to curtail the surging crime and violence situation in various cities across America. He made these remarks before officially announcing his crime prevention strategy.

President Biden and Attorney General Merrick Garland stated that a historic increase in crime has been observed this summertime and this sudden rise is far more pronounced than in the past.

Biden stated, they are fighting on various platforms at once in order to curtail the rising crime situation in the country. He further exclaimed that the gun owners would give you a thousand justifications about keeping 100 rounds in the magazine whereas the Second Amendment advocates would also argue about the self-défense protection.

Biden stated that he plans to introduce new stricter gun control measures. “We’re not changing the constitution. We’re enforcing it”. He touted absolutely “zero tolerance” towards the gun dealers who have been violating the law and claimed that almost 90% of the illegal guns are traced back to 5% of gun dealers.

The “zero-tolerance” policy is also targeted towards the federally licensed firearms dealers who are wilfully transferring a weapon to a person who is prohibited from owning one or has traces to the Bureau of Alcohol, Tobacco, Firearms, and Explosives (ATF).

Biden’s crime prevention strategy has been under heavy criticism. The National Rifle Association exclaimed that this initiative of the president is a mere attempt to distract the attention from the real causes of the sudden surge in crime rate.

President also announced that the crackdown of illegal cartels involved in gun and other ammunition illegal trafficking is ongoing and he will be addressing the senate to authorize the violence against women act so that the guns can be kept away from the abusers who might misuse them.