Home US News Gov.Gavin will remain in his office – Newsom fends off the recall... 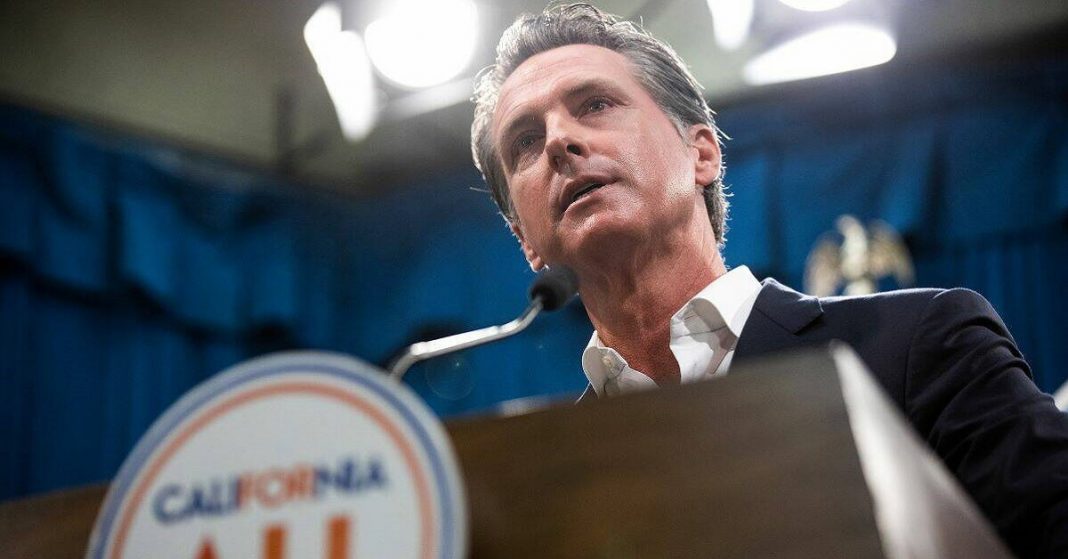 LA, USA – Gov.Gavin Newsom will stay in his office after fending off the recall attempt that prominently challenged his attempts to tackle the pandemic and would have jeopardized the state’s politics and the country’s situation overall.

US news outlets and the Associated Press revealed the final results of the recall elections on Tuesday late night, with preliminary results showing Gov.Newsom winning most of the votes from supporters.

“I’m humbled and grateful to the millions and millions of Californians that exercised their fundamental right to vote,” stated Gov.Newsom in his winning speech in Sacramento

In the recall event, Gov.Newsome defeated 80 candidates – making the 2nd in the history of California to make it onto the vote – including Larry Elder, the provocative radio host. Though, Elder was his toughest rival in the recall race.

Just like it happened at the time when Donald Trump lost the election, Larry Elder’s political campaign began insisting that the election was rigged without any proof. They started insisting on it before the vote counting was even finished.

The recall campaign established a setup for the residents of California to report any fraudulent activity and they can also claim regardless of the evidence that they have encountered fraud in the ongoing elections, “resulting in Governor Gavin Newsom being reinstated as governor” nevertheless, ballots total score had not been announced officially yet.

On Monday, former President Donald Trump jumped into the conspiratorial pile-on, saying, “Millions and millions of Mail-In Ballots will make this just another giant Election Scam, no different, but less blatant, than the 2020 Presidential Election Scam!”

Right after getting victorious in the recall election, Gov.Newsom lashed out at Trump over his statement regarding the election rigging, saying “Democracy is not a football. You don’t just throw it around. It’s more like, I don’t know, an antique vase. You can drop it and smash it into a million pieces. And that’s what we’re capable of doing if we don’t stand up and meet the moment.”

And further said, “We may have defeated Trump, but Trumpism is not dead in this country.”

Despite the fluctuations between “yes” and “No” in August, with polls running nearly equal for the candidates, Gov.Newsom was expected to be victorious with an estimated margin of 15 percent more than his rivals. However, it was quite predictable for Newsom to win with a high-profile army that included Joe Biden, VP Harris, and Amy Klobuchar. Moreover, Elizabeth Warren joined the leading campaign in California and served as the last-minute campaign supporter.