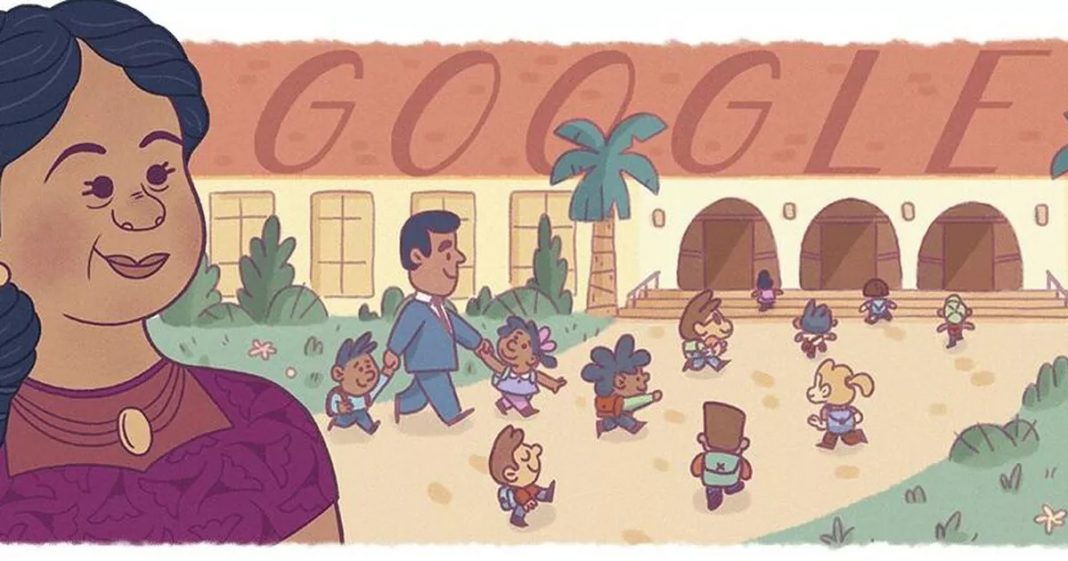 Google changed its homepage logo to a Doodle honoring Puerto Rican activist, Felicitas Mendez. This was done on the 15th of September which is the beginning of the Hispanic Heritage Month celebrated in the United States.

The late Felicita Gomez Martinez was born in Puerto Rico in 1916 and since then had been a victim of discrimination and racism. Mendez along with her whole family was labeled and treated as Mexicans despite being Puerto Rican.

Felicitas and her husband, Gonzalo Mendez’s, fight against this racist system began in the 1940s when their children had reached school-going age. They were residents of West Minister, California, and back then all schools in the U.S were separate for white children and children of other colors.

This segregation was particularly prominent in West Minister where the White school, 17th Street Elementary, was significantly better in terms of campus compared to the Hispanic school, Hoover Elementary.

In order to ensure that their children received the best education, the Mendezes applied for the admission of their 3 children into 17th Street Elementary. However, their applications were rejected due to the school’s disapproval of their children’s very Hispanic last name and their darker skin color.

The two parents were not ready to quit and decided to file a lawsuit against the school along with 4 other Hispanic families. Mendez v. Westminster was filed to provide equal educational opportunities for the thousands of the discriminated children in the area.

After almost 2 years of fighting the case, the Hispanic families were finally given the right to have their children study alongside the white children in the same schools. Not long after, the movement reached the whole of America with the law being passed in all schools.

While making the special Doodle, Google was in close contact with the Mendez family including Felicita’s daughter, Sylvia who was the 1st Hispanic child to study in the same school as the Whites. She expressed how proud she was of her family’s legacy and how she would continue to tell the story of her parents’ bravery and struggle to the world.

The Doodle Google came up with features Gonzalo walking his 3 children to a school with children of different races running around, while Felicitas is happily watching them from afar.