Home US News The missing case of Gabby Petito: Utah Police discovers footage of a... 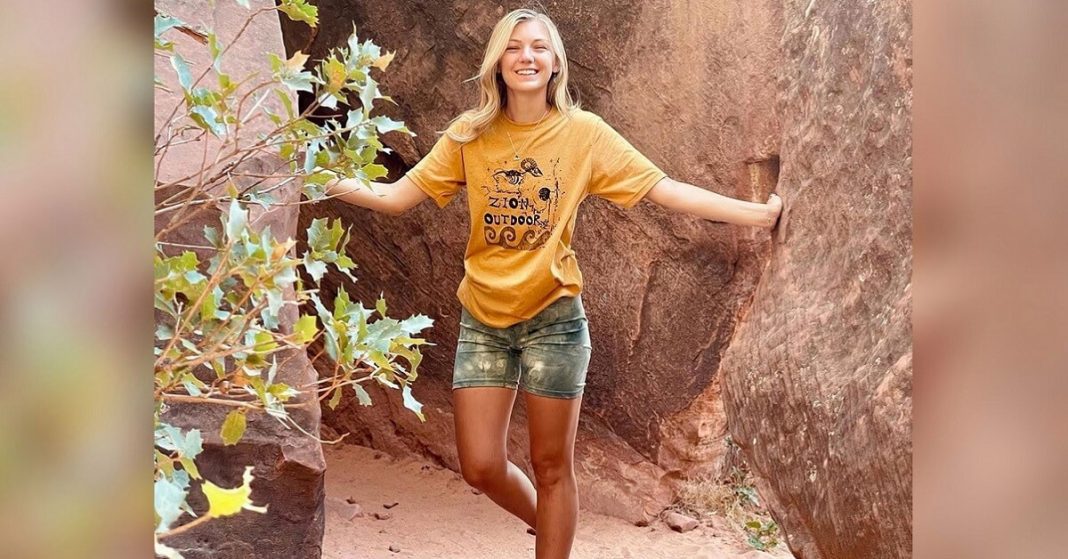 With each passing day, the disappearance of Gabby Petito is indulging the family and friends deeper into the grave of concerns. The return of her boyfriend Brian Launderie without her; has already alarmed the police and the investigators regarding her whereabouts. It’s been days since she last made contact with any member of her family.

Gabby Petito, a young 22 years old woman went on a cross-country road trip with boyfriend Brian Launderie. She was listed missing by her parents when Launderie returned home without her and he doesn’t want to speak about his girlfriend’s whereabouts making him being declared a “person of interest” by police.

The Utah Police have intervened in the investigation and have released images of Gabby Petito and Brian Launderie dated 12 August 2021. In the photos, both are seen talking to the police after their Ford Transit 2012 was pulled over. According to the Utah Police Department Chief Bret Edge, “Moab responded to an incident involving the couple, but insufficient evidence existed to justify criminal charges.”

A witness had reported to the police after the couple was found arguing at the Arches National Park in a white van. The couple was confronted by the police but they denied the fact that anything like this took place.

Police stated that Gabby told the police that she suffers from anxiety and medical conditions and the couple’s argument is because of that. Police labeled the small incident as a “mental/emotional break” instead of domestic assault and let it go.

On the contrary, police have connected this incident with a homicide case involving two women which took place in Grand County, Utah on 13th august. Petito’s disappearance might be related to the homicide.

The family of Brian Launderie finally breaks silence after he is termed as a “person of interest” in the disappearance of Gaby Petito.

Brian Launderie’s sister came forward and stated “herself and her family want Gabby to be found safe.” Cassie gave an interview to ABC news stating that she loves Gabby Petito just like a sister and her children cherish her company.

“All I want is for her to come home safe and sound and this to be just a big misunderstanding.”

Gabby’s family has pleaded in an open letter to the Launderie family to help them find their daughter. “The family is devastated. Every day that this goes on, they get more and more desperate. They’re at the point that this desperation has turned into anger.”