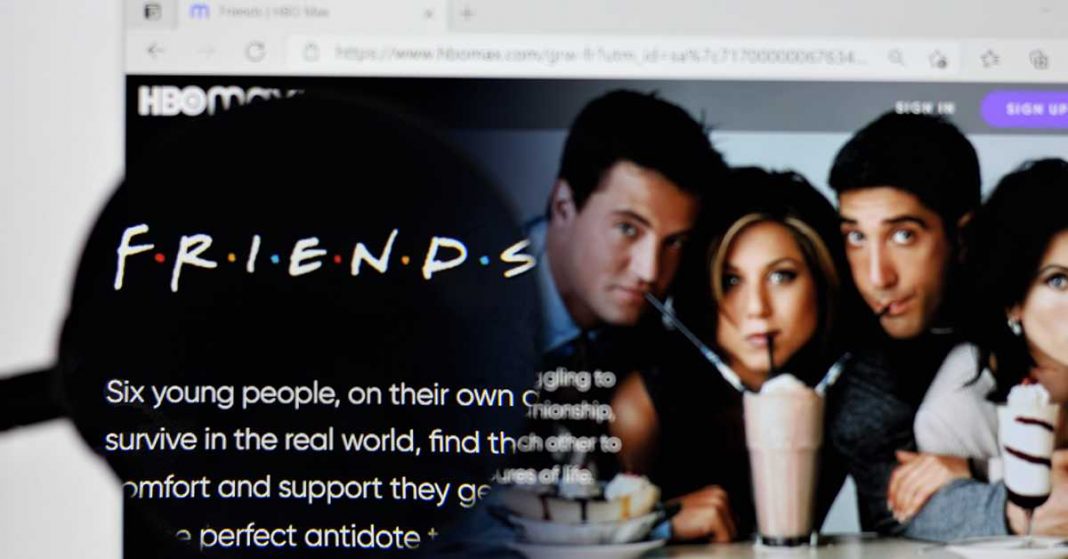 “I’ll be there for you” – and they are here after a hiatus of 17 years; since the last episode of one of the greatest sitcoms in American history, “Friends” aired back in 2004.

The famous NBC Friends co-stars are coming back together for one special episode named FRIENDS: The Reunion to be streamed on HBO Max on May 27th. A 2 minutes’ snippet was released yesterday, and the response has been overwhelming, to say the least.

Watching Rachel, Monica, Ross, Phoebe, Chandler and good old Joey perched on the sofa of Central Perk coffee shop once again is like reminiscing the old times when television was still an integral part of lives and one of the major sources of entertainment.

The mega episode is just a week away as HBO Max premiered the Friends reunion trailer titled The One Where they get back together. The trailer’s release coincided with an exclusive interview of the six actors with People’s magazine which was uploaded on YouTube only hours earlier.

The two-minute snippet gives a sneak peek of what the special reunion episode will be about. There have been times when the reunion was rumored back in the time but finally; now it saw the light of the day.

The Friends reunion trailer was nothing but emotional, as members of the cast were seen in tears reliving those precious memories when the show aired for ten straight years on NBC. It has been an integral part of their and the audience’s life as it is still as popular as it was back in the days.

The trailer opens up with the cast visiting the Sound stage 24 set at the Warner Bros. Studios in Burbank California which has now been renamed as the Friends stage.

The cast is seen telling the stories about the show and how it transformed their lives. “We’ve literally just slipped right back”, Jennifer Aniston who played the character of Rachel was spotted saying in the reunion trailer while asking for tissue boxes.

The trailer also showed that the cast reenacted some epic scenes from the show while discussing how there were apprehensions from their industry friends whether this show will be a hit or a miss.

One of the famous episodes from season 4 where the boys fiercely compete with the girls to get ownership of the apartment was recreated and everybody fitted perfectly in their roles as if no time had passed in between.

HBO MAX had announced that the reunion episode will be a star-studded event with many A-List guests such as Justin Bieber, BTS, David Beckham, Cindy Crawford, Reese Witherspoon, and Malala Yousafzai; even some of the actors who made special appearances in the sitcom such as Maggie Wheeler and Tom Selleck were invited to attend the mega episode.

Maggie played the role of Janice who was romantically involved in Chandler and her trademark catchphrase of saying Oh my God was even included in the Friends reunion trailer.

Tom Selleck played the role of Thomas Magnum as a love interest of Monica played by Courtney Cox; who exclaimed that she has been flooded with 10 years of irreplaceable memories.

The original Friends cast was seen getting emotional in the trailer; the 2-minute-long Friends reunion trailer puts the anticipation bar high as to what the real episode will offer on May 27th once it debuts on HBO Max.