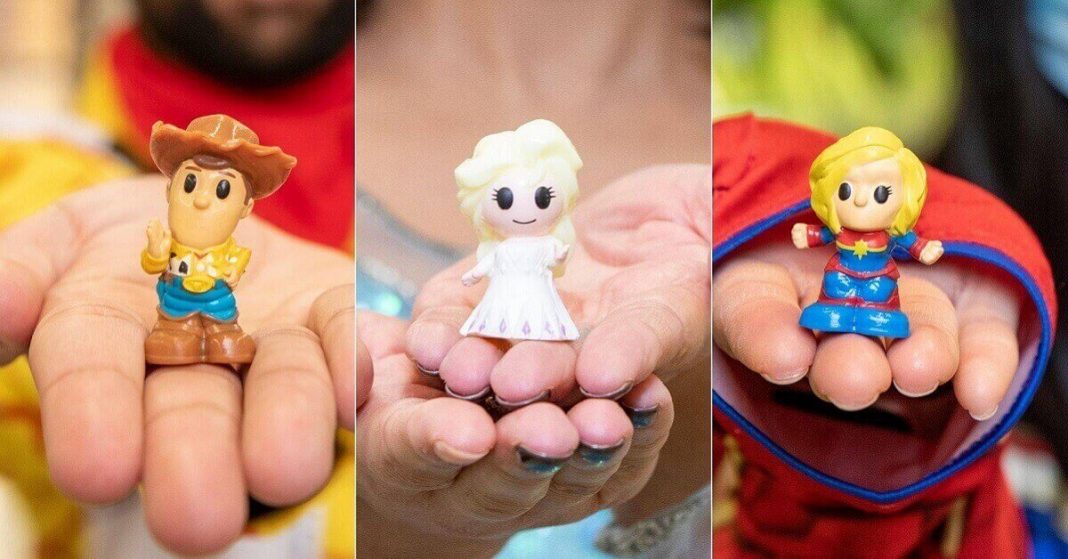 Disney is loved by many, all over the world and people are always excited about anything related to its movies. Thousands of characters in various movies have managed to have a place in people’s hearts.

The love for Disney movies is not only in children but also in grown-ups as they relate to the stories. Due to its popularity, quite a lot of merchandise and collectibles of Disney movies are sold worldwide.

There is even a huge amusement park constructed for fans to enjoy their favorite movie characters’ live. Another unique collection namely Disney+ Ooshies has got the fans very excited.

Disney+ Ooshies are a collection of little figurines of movie characters from different movies. This collection is exclusive to Disney+ and Woolworths.

Disney+ Ooshies include figurines of Pixar, Star Wars, Marvel, and classical Disney movies. Even the poses and styles of these figurines are specially created for this fantastic collection.

Ooshies are little figures that have soft and squishy texture and they are used as pencil toppers. This is especially exciting for little kids who like to show off these collections at school.

Ooshies are 120 in total in various colors and shapes and Disney even makes some limited edition Ooshies. As of now, the Woolworths market has finally shown the fans four rare Disney+ Ooshies.

What makes these Disney+ Ooshies more exciting is that they are very valuable and worth quite a few dollars. This new promotion of Disney regarding the Ooshies will begin on the 26th of August, Wednesday.

The promotion will begin in all the states of America but not in Victoria. However, fans in Victoria must not feel left out as the collection will soon arrive there as soon as the restrictions subside.

There is also a very persuasive deal offered by Woolworths that lets you get a free Ooshie on every 30 dollar purchase. The four exclusive collectibles are made of glitter and include Elsa, Woody, Captain Marvel, and Mandalorian.

These Ooshies are considered rare because Disney+ Ooshies already has 36 collectibles and these are additional. It depends on fans’ luck to get one of the rare glitter figurines and these could replace the previous standard Ooshies.