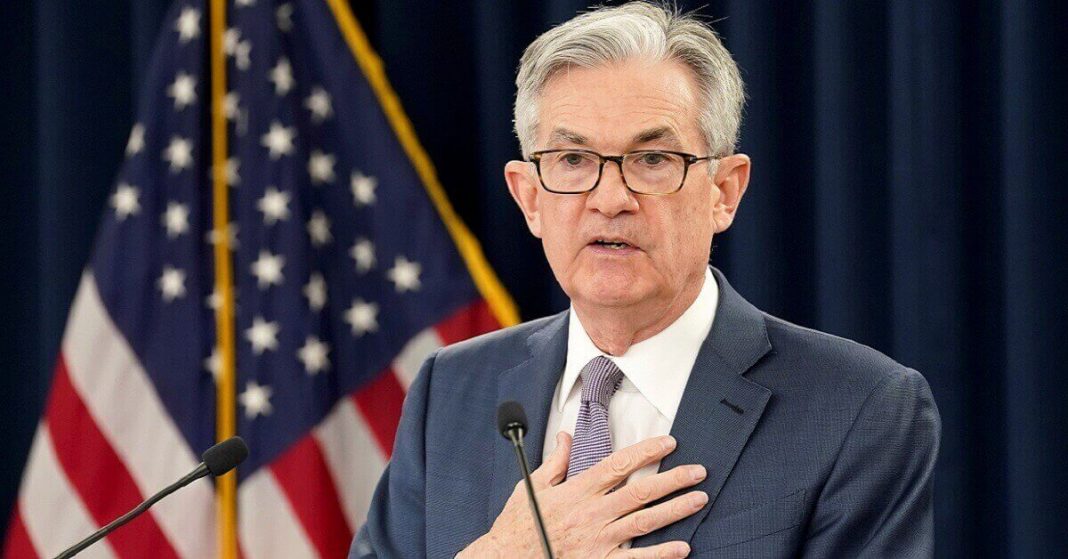 The United States of America has witnessed a sustained increase in the number of vaccinations each day. As more and more people take the jab for a better future, the US propels forward on the track to a safer economy. However, there are a few risks that still pertain to the smooth functioning of the economy, as declared by Jerome Powell, the Federal Reserve Chairman. In a rare public appearance, Fed Chair Powell has stated that the “principal” risk posed by Covid-19 is going to impact the economy in ways more than one.
With state mandates being lifted and the economy restarting at a normal pace, there is an inevitable threat of a rapid increase in virus cases. Fed Chair Powell has emphatically declared that an increase in infections along with cyber-attacks on financial reserves is the two most important concerns at present.
In conversation with CBS News, Powell has stated that the streamlined vaccination process in addition to the federal government’s stimulus cheques has helped the U.S economy to reach a stage where they can grow “much more quickly.” Although he expressed his confidence in the U.S economy to thrive and become “better and more inclusive” as compared to before, the Fed Chair also suggests that there is an inherent need to follow social distancing requirements.
He reiterated that the nation is still in the middle of an ongoing pandemic and as responsible American citizens; we must maintain distance and wear masks for the near future. Moreover, he also expressed his reservations about the economy reopening in the middle of a pandemic. According to Fed Chair Powell, if businesses are to reopen, there is a prevalent risk of the virus respreading its wings amongst the people of the state.
Apart from the risk associated with the perpetuation of the virus, Powell also commented on another brattling concern. He announced that there is a dire need to monitor cyber risk as a potential cyber attack has the power to destroy the entire basis of financial institutions- a risk that may cost financial bodies around $100 billion per year. Given the current circumstances, Fed Gen Powell is striving to keep interest rates low until and unless there is a significant improvement in the conditions to achieve full employment.
Powell is all set to give another speech on Wednesday at the Economic Club of Washington. Although the contents of his speech remain unknown, Powell is expected to reiterate his findings and emphasize that the Fed policies should remain the same for a while.