Home US News Mystery resolved? New footage released by the FBI regarding the suspects who... 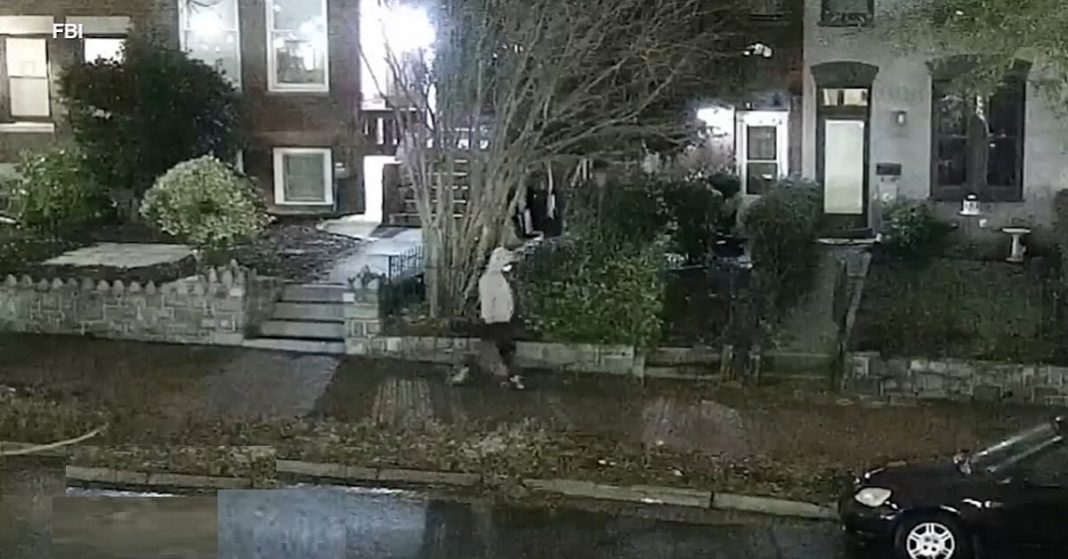 The FBI released new footage regarding suspects who are not yet identified who placed pipe bombs across RNC and DNC the night before the riots on 6th January.

The suspect remains unidentified and at large and the FBI is investigating who is that person who planted deadly pipe bombs just outside the republican national committee and the democratic national committee before the Trump–instigated mob charged over the Capitol building.

The video has reflected a map that showcased the route taken by the suspect while walking around Capitol Hill areas on 5th January. The suspect can be seen pacing around the houses while donning a backpack. At one stage the suspect puts his bag down as an individual passes by him with a dog. Another footage showcased the suspect who is sitting on a beach which is just beside the DNC.

We already know that 8 months have passed but the pipe bombs and the suspect remain a mystery. The enforcement agencies failed miserably to capture one of the main leads of the Capitol Hill riots that tarnish the law enforcement agencies of America’s face across the globe.

A reward of $100,000 was also set up by the FBI for information regarding the suspect. The pipe bombs were described as “viable” explosive devices by the investigators.

As per the FBI, the devices were made out of the substances such as gun powder home, kitchen timer, galvanized pipes of about 1/8 inches. The FBI had released additional videos earlier in march which showed the suspect planting the bombing devices between 7:40 pm to 8:15 pm.

The bureau announced that it is still investigating more than 600 individuals which were involved in the bloody clashes which resulted in the deaths of the civilians as well as the police officers. There are at least 200 people at large on which the FBI is actively working who were involved in the violent episode of the riots at Capitol Hill on January 6th, 2021.