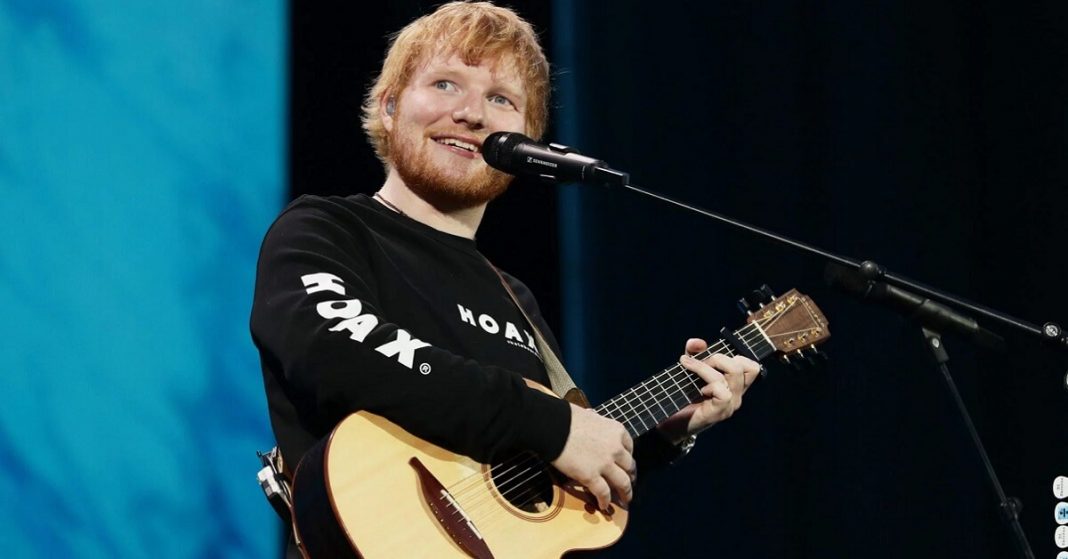 What a soulful performance by Ed Sheeran at the Buccaneers-Cowboys match at Tampa! The NFL kickoff performance left everyone confused and flabbergasted!

The English musician was invited to start the NFL 2021 season with a performance before the actual matchup between Buccaneers-Cowboys.

Ed Sheeran was a strange choice to start a kick-off which is so high on adrenaline rush but he performed with all his might and what he is best known for. His silky tone and dulcet voice tone down the adrenaline high men anticipating to start the match.

The NFL keeps on trying to experiment to gel in with the pop culture and showcase its urge of amalgamation with the music world.

Ed Sheeran performed his new single “Shivers’ ‘ in the kickoff which took place at the Raymond James stadium. The show got air time on the NBC pregame show and Ed Sheeran’s soulful voice was a mismatch of what the live audience and the listeners glued to the TV were expecting.

Not many people know that Ed Sheeran, the famous English singer also owns a clothing line in collaboration with the NFL, so yeah it became a win-win situation for both NFL and Sheeran as it boosted the T-shirt sales.

Ed Sheeran at an NFL match – a choice that left the audience dumbfounded.

There was a storm at Twitter when the fans couldn’t digest this choice of the singer at the much-hyped season kickoff of the NFL.