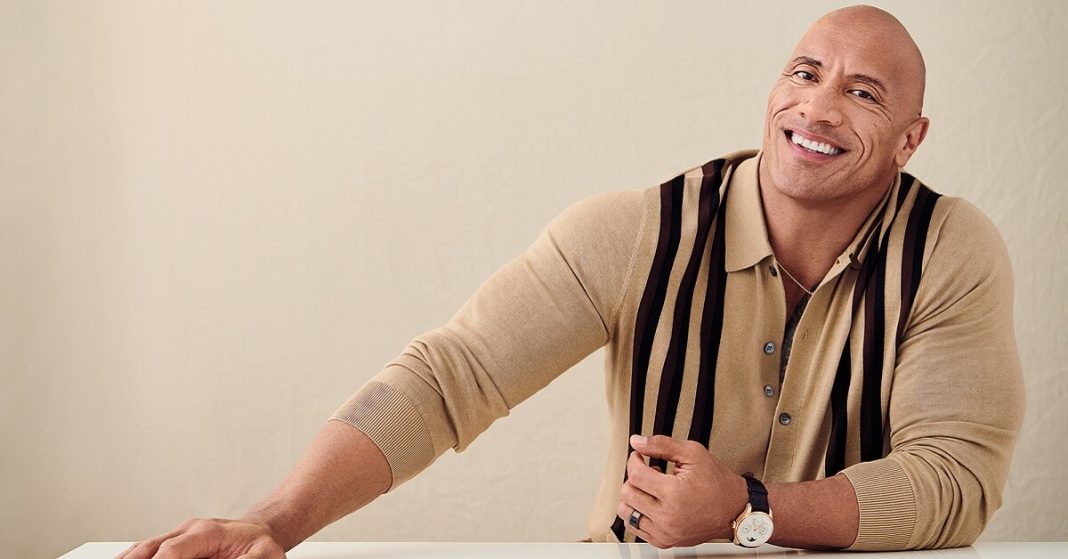 Dwayne Johnson finally got to see the viral pictures of his doppelganger which have been circulating on different social media platforms for the past week.

The photos of Eric Fields, an officer at the Morgan County sheriff’s office, Alabama went viral in which the officer strikes a surprising resemblance to the great Hollywood megastar who was once a WWE superstar.

The original pictures were posted on the official Facebook page of Morgan county which got the people awestruck by the defining resemblance of the officer with Dwayne Johnson also known as the rock.

Officer was seen leaning on a police car with different people standing next to him getting their photos clicked.

Even the locals made Eric Fields feel like a celebrity when they came out to especially see this lookalike while being awestruck by the uncanny resemblance.

Finally, the images reached Dwayne Johnson himself and he shared from his account stating that this might be his long-lost twin as the resemblance has got him dumbfounded.

He shared a side-by-side comparison of himself with officer Eric Fields on his Twitter account stating “Oh sh*t! wow. The guy on the left is way cooler.”

He further exclaimed that “stay safe brother and thank you for your service. One day we’ll drink @Teremana and I need to hear all your “Rock Stories” because I KNOW you got ‘em #ericfields.”

One of the fans was quick enough to give an idea to the rock of taking a day off from his usual Hollywood hustle-bustle and let Eric Fields play his role as a double. He tweeted “a new body double if your regular man gets injured, just a thought.”

Another fan retweeted Johnson’s status hoping to go for a fight stating “now y’all will have to fight to the death as per doppelganger law! I wonder if I can do the eyebrow as well… an eyebrow square off would be priceless!”

Earlier this month Eric Field had quoted that he has often been called “the love child of Vin diesel and the rock.” The 37 years old police officer stated that he finds the comparisons “flattering” and “humorous” but it does add some kind of pressure upon him as people approach him thinking he is Dwayne Johnson – the rock.