Home US News Defense officials Refuse to Participate in Military Coup to Oust Trump as... 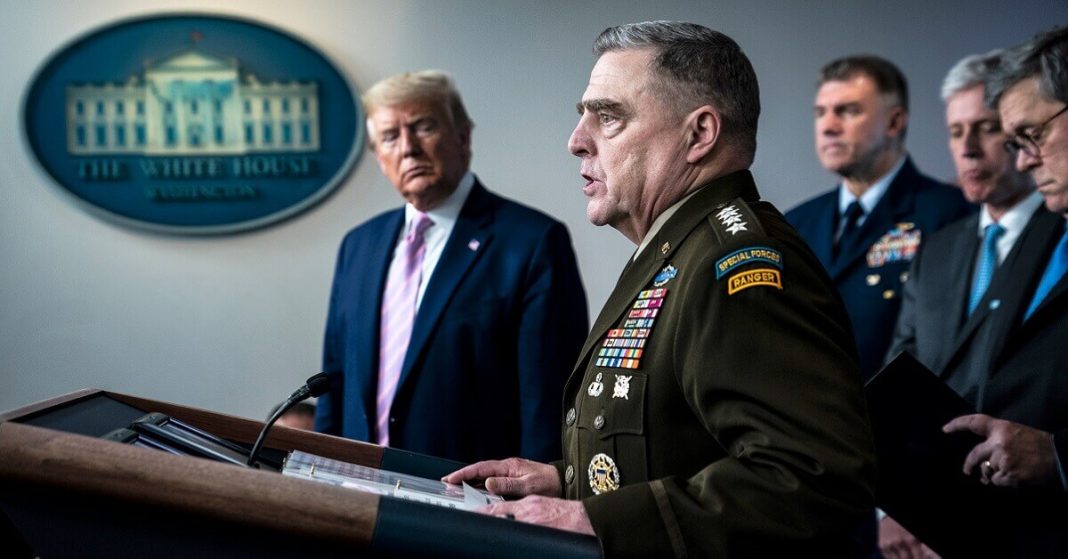 The Defense Officials have supported President Donald Trump. They have said that he will not be removed under any circumstance by the military. The Democrats have been running the campaign of removing Trump after the Washington incident, but the military refused to do so.

Nancy Pelosi, the House Speaker, who has campaigned against Trump holding office, has reportedly asked the Joint Chiefs of Staff to check on the limitless powers of the president over the nuclear codes’ access.

She asked Mark Milley to not obey the orders of Donald Trump if he asks about the nuclear codes. This was a strange step taken by the House Speaker, as it is still unclear what was the motive behind these talks with Milley.

The Democrats are worried about the security situation in the country and therefore, demanded a military intervention to end this distress. This would mean that the powers will be snatched from Donald Trump as he would not be able to practice any presidential authority. 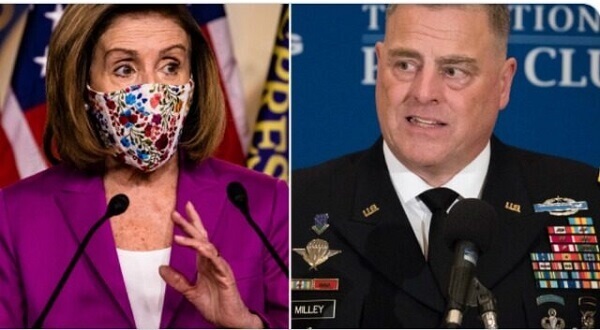 This entire conversation between the two was based on the recent events taking place in Iran. Trump has been keenly observing the situation and even asked the military about the possible options that America has in this regard.

Although Donald Trump was asked not to take any action militarily, the Democrats feel this security threat persists. Their feelings were sparked after the recent events in Washington DC.

One of two ways to stop Donald Trump from using nuclear codes is that if the Pentagon deems the access to codes unlawful. Otherwise, if the 25th amendment is invoked, and Donald Trump is stripped off of his powers, he will have to leave the office.

Donald Trump has been causing trouble ever since he has lost the elections to Joe Biden. He has been asking people to support him in the wake of his election defeat.

The courts have dismissed each one of the appeals made by Donald Trump as he did not produce any evidence to support his claims. His legal team was reportedly struggling in the court as there was no evidence which indicated fraudulent elections.