Home US News Reports Show That No Altitude Advice Were Given in Dallas Air Show... 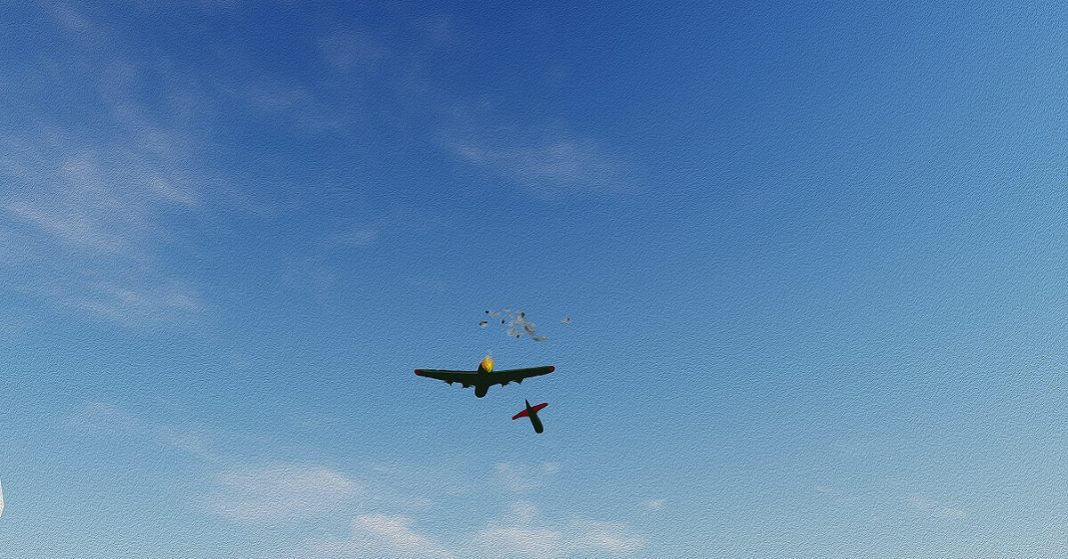 According to a report that was released by the federal government on Wednesday, just prior to a midair collision that resulted in the deaths of six people at a Dallas air show, a group of historic fighter planes were given the order to fly above a formation of  B-17 bombers without any plan for maintaining the altitude. The report did not provide any information on what caused the collision.

According to the preliminary findings of the National Transportation Safety Board’s investigation into the accident that occurred on November 12, an air show featuring aircraft from the World War II era, a P-63 Kingcobra fighter was turning to the left when it collided with a Flying Fortress bomber B-17  behind the left wing. Both aircraft disintegrated in midair, with the bomber catching fire and then detonating upon contact, resulting in the deaths of all six persons on board: the fighter’s pilot, the bomber’s pilot and co-pilot, and the bomber’s three crew members.

According to the NTSB’s findings, there was no coordination of heights during the briefings that took place before the trip or while the aircraft were in the air. According to the report, the Kingcobra was the third fighter in a group of three, while the B-17 led a formation of five bombers as the lead in the formation.

A spokesperson for the NTSB named Eric Weiss said that the organization is attempting to reconstruct the series of actions that culminated in the accident. Additionally, it is being investigated whether or not air displays of this kind often include altitude deconfliction strategies.

“Those are precisely the types of questions our investigators are asking,” Weiss said. “What was the process? What’s the correct process? And what happened?”

According to an individual, who was not allowed to address the topic publicly and did so on the condition of anonymity, there was no discussion of particular heights for each pass the planes were going to do.

Fighters usually fly above bombers, and when a group is asked to make a pass that might place aircraft at the same or roughly the same heights, they keep a lateral distance between themselves, according to the person. The speaker proceeded by saying that in most cases, it is the job of the air boss to devise a strategy for the maintenance of either vertical or lateral separation. According to the person, the group performed their last gig of the season at Wings Over Dallas.