Home US News Cuba protests heated up – people out on the streets over exacerbating... 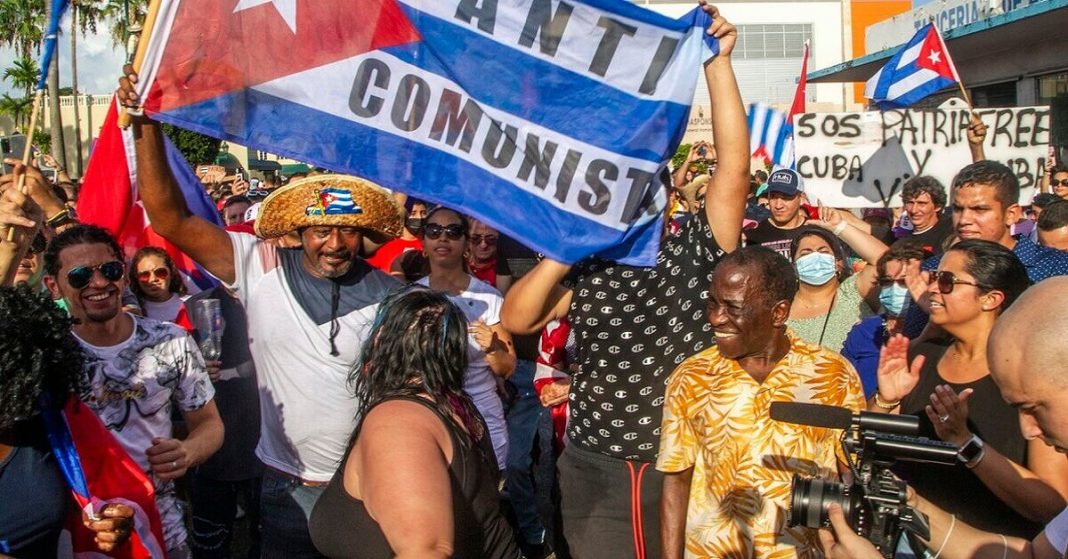 Thousands of Cubans came out on the streets to protest the aggravating situation in the country regarding the lack of freedom, food, and the derailing economy after the recent US Sanctions and pandemic situation.

Cuba protests began on Sunday entered day three with newer intensity. The crowd chanted “freedom” while demanding the president Miguel Diaz-Canel step down from his position.

Police tried to disembark the protests by using tear gas, but this act only fueled up the situation.  President Diaz-Canel did not offer anything as a concession to the ongoing protests and also blamed America for fueling up the protests. In a televised address, the Cuban president stated that the new trade sanctions from the United States of America have caused this unrest in the country due to economic misery and derailment.

Cuba protests which started from one city have now swiftly spread across the island while a heavy police force is deployed to control the otherwise peaceful demonstrations.

Jake Sullivan, the National Security Advisor for the White House tweeted in support of Cuban protests saying “the U.S supports freedom of expression and assembly across Cuba, and would strongly condemn any violence or targeting of peaceful protesters who are exercising their universal rights.”

US officials came forward to support the Cubans against the peaceful protests, stating that the people of Cuba have a right to protest against the dictatorship. The Senate Foreign Relations Committee Chairman Bob Menendez released a statement saying “for decades, Cuba’s dictatorship has used violence and repression to silence its people, rather than permit the free exercise of democracy and their basic social rights. This must end.”

The small island has been struggling since the coronavirus pandemic dropped its tourism industry. The economy of Cuba has been trying to stand back on the ground after the pandemic hit the tourism and import-export of goods drastically. The country is going through one of the worst economic crises at the moment along with an increasing number of COvid-19 deaths and cases.

USA-Cuba has never enjoyed cordial relationships on the bureaucratic and diplomatic front but currently, it is at the lowest in the past few years. The Trump administration enacted very tough economic measures on the small island in decades and so far the new Biden administration has been reluctant to lift the sanctions creating more suffocating conditions for the people of Cuba to live and strive to support themselves and their families.