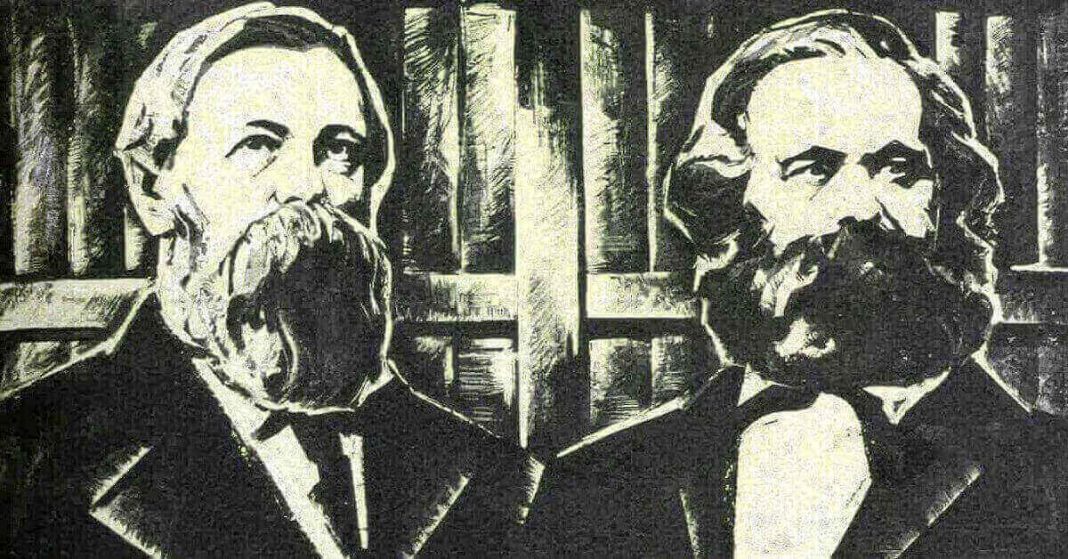 Originally published in German, as Das Kapital, The Communist Manifesto is a non-fiction book written by Karl Marx and Friedrich Engels. Marx and Engels were German philosophers, economists and journalists who strongly believed in the socialist revolution. This article is an attempt to give you a communist manifesto summary since the text can be inaccessible to a large majority due to its language.

Many argue that even though the ideas discussed in the book are theirs, combined, it was only Marx who ended up writing it in the end. Since the beginning, the political influence that the book held amongst the general public in Germany was massive. This resulted in Marx being forced to leave the country. The influence quickly spread out to other parts of Europe when Marx left Germany and went to the UK, where the pamphlet was published in English in 1850, for the first time.

Being an essential read for sociology students almost everywhere in the world, the language of the book can be a bit challenging for folks who are not aware of sociology terms. Which is why this summary will help you understand all the key points from the books that have ended up as the cornerstone for socialist movements far and wide.

The preface to the book states that the authors were commissioned by the Communist League to write a manifesto as the main program for the movement. The Communist League was the first international party to start the discussion around rich and poor, to state it plainly. Or the ruling class and working class, as mentioned in many interpretations. The introduction included reasoning on how there was text needed to support the global struggle for change in the capitalist power structures.

It also had a significant part to play in the trial of the German Social Democratic Party leaders who were accused of treason. After it delayed popularity internationally after 1870, Marx became a prominent figure in the International Workingmen’s Association. Its first translation into French came in 1848, a mere few weeks before the French Revolution.

The first part of the book introduces the two groups of society, the Proletariat (working class/wage workers) and the bourgeoisie (the ruling class/owners of production means). The book is entirely stuffed with similar words that pertain to the field of sociology, but these two are the main focus of the text.

“In the earlier epochs of history, we find almost everywhere a complicated arrangement of society into various orders, a manifold gradation of social rank.” 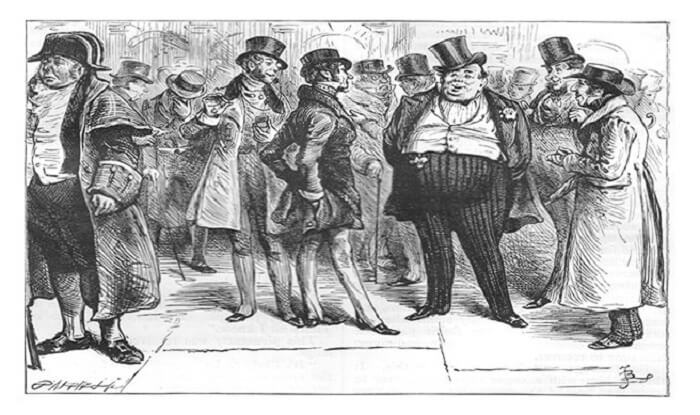 This sentence is part of the first section, Bourgeois and Proletarians, which explains openly how society has always faced some kind of class struggle, even if it was labeled differently throughout history. The bourgeois society, as Marx likes to call it, continues to antagonize those of lesser means in the production wheel. The exploits that have occurred as a part of capitalism, and its gradual evolution overtime, are gruesome for a fair society.

It is explained how the feudal system and a feudal society might be beyond us, but everything that it stood for still exists in the form of the bourgeoisie. We are made to feel like we are past the class differences of the old ages, but every turn in society has had a wider and wider difference between its clashing classes. The bourgeoisie and the proletariat are at a constant face-off due to their extremely hostile differences.

According to Marx, there are new and modern ways of oppression, exploitation, and struggles that are all directed towards the proletariat. The state is controlled by the bourgeoisie as they are the ones who took over political power after feudal society was abolished. Therefore, all of the state’s interests are those of the bourgeoisie, as they are implementing them. Despite the fact that the bourgeoisie is a wealthy minority that controls the majority of resources, the proletariat is the majority of society.

The capitalist system is rooted in exploiting the proletariat workers to compete against each other in order to earn a basic living wage. This not only manipulates people to sell their labour to the capitalist owners but also divides what needs to be most central to a collective society, a sense of community. Each worker becomes replaceable and thus just a commodity that can be bought or sold via its manifold gradation of social rank.

They also put together severe and horrifying observations of how the capitalist economy will have the entire share of the global economy concentrated towards the elite bourgeoisie. And their observations are accurate according to how we are seeing the corporate world unfold in front of us. However, they also observed and predicted a working-class revolt as the capitalist rulers’ methods of exploitation became increasingly extreme.

In this regard, they observe what is nothing but the ultimate doom of capitalist society. The bourgeoisie might be the ones to rule, hoard and exploit for the time being. The proletariat are the ones destined to win this fight.

Socio-economic status, also known as Social Stratification, dictates our society, and this problem goes beyond borders. The agenda of the Communist Party is to ultimately prepare the proletariat into such a class that understands the collective interest of the people. The end goal is to overthrow the bourgeoisie so that there is no ruling party. Redistributing political power among the people, so that there is no ruler and rules. The extent of political power is very broad, as far as your observation and recognition of what constitutes power in this society. 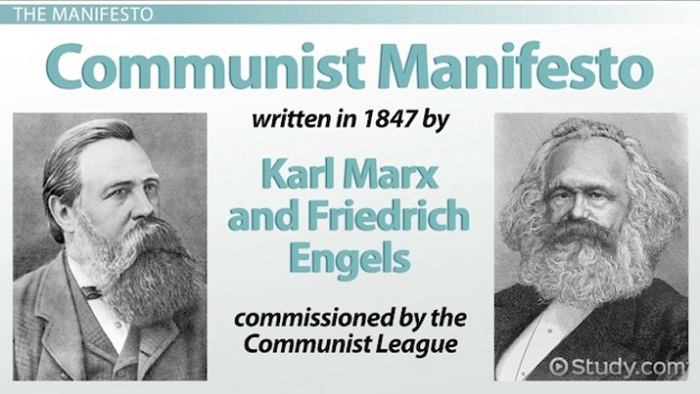 Marx and Engels emphasize how this starts by abolishing private property. A huge part of capitalists and their supremacy over society is by means of what they own. According to them, modern bourgeoisie property is at the root of all of their exploitation that produces and sells products based on manipulating the work of the proletariat. This reinforces the ruling of the masses by a few, which can only be addressed by abolishing bourgeoisie property specifically.

This exact point is being translated to us in real-time by the modern context of homelessness and rent crises. The vast majority have no access to the benefits reaped through private property ownership and the bourgeoisie continue to take advantage of it. They talk about how political power is just merely an organized way of one class to rule another. Therefore, when power is distributed among the people, it will no longer be political power. They ended this section with 10 goals and demands of the Communist party that are applicable to any country.

The literature corner of the manifesto includes Marx and Engels observing how the critique and ideologies that oppose capitalism come in multiple forms, mainly three.

“Working men of all countries, unite!” 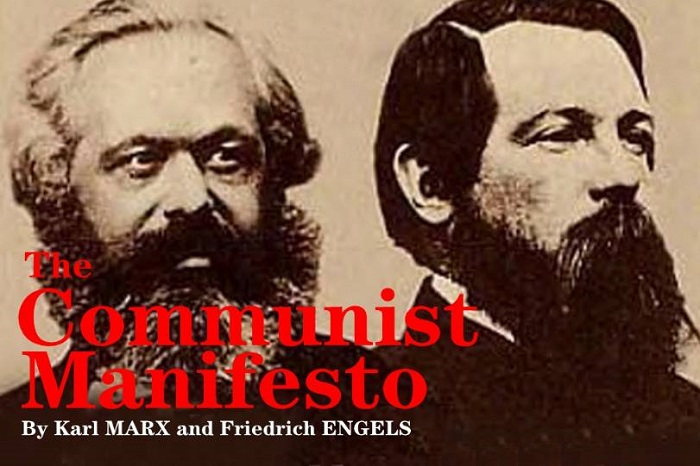 In the last section of the book, Marx and Engels point out how any movement and ideology that talks about dismantling the existing socio-political order is the way to go. There is no way to do this individually, the power is in the people. If you want to address the issues of society and what the ruling class puts the working class through, it is by coming together. This above mantra has since then been leading socialist movements of change and revolution throughout the world. Hopefully, this Communist Manifesto summary will have helped you understand an important part of the sociology field. 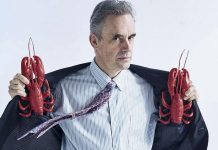 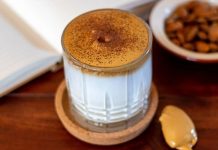 How to Make Whipped Coffee in a Few Minutes 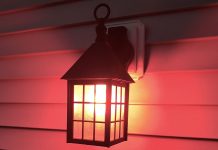 How people are using porch lights to create awareness and what does having a red porch light mean?

How to become a Crime Scene Investigator