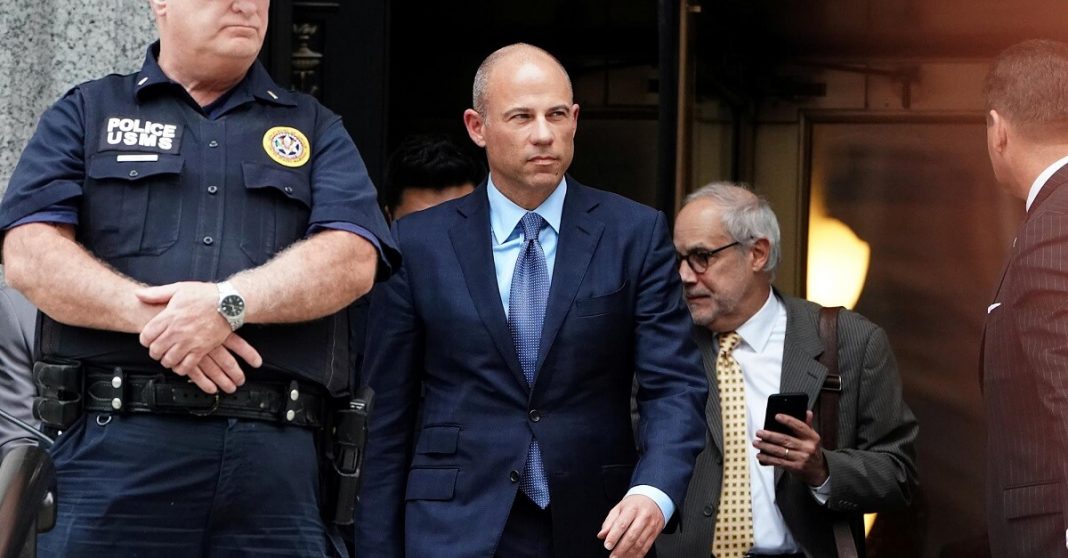 Michael Avenatti, the most celebrated Californian lawyer who also represented Stormy Daniels in a lawsuit against former President Donald Trump, faced the most disgraced moment of his career when he was sentenced to 2 and a half years in jail for extorting almost $25 million from Nike.

The 50 years old celebrity attorney was convicted last year against the charges of attempted extortion and services fraud in connection. Avenetti represented the Los Angeles Youth Basketball league organizer and threatened the company with negative publicity.

U.S District Judge Paul G. Gardephe called out Avenatti’s conducting behavior as “outrageous” stating that he “hijacked his client’s claims, and he used those claims to further his agenda, which was to extort millions of dollars from Nike for himself.”

The judge’s verdict stated that Michael Avenatti has become drunk by the power he gained through his platform and now he perceives his power to be unmatchable. He has become someone who operates by twisting the laws and according to him, the rules are not made for him. He is not willing to abide by any laws, rules, and regulations.

Avenatti was emotional throughout the final court hearing and after these remarks from the judge, he broke down into tears appearing to be remorseful.

The illustrious career of Michael Avenatti

Avenatti rose to fame when he represented Stormy Daniels in 2018 against Trump, making special appearances on television and social media to disgrace the former president. Avenatti tarnished Trump’s election campaign in 2020 as well. He accused Trump of paying $130000 to Daniels by his lawyer to remain silent.

The fame quickly started to dissipate as more fraud claims started to emerge against Avenatti which he kept on denying and proclaimed that these false allegations were made by his enemies to disgrace him.

Things started to look bleak when Daniel’s allegation of being cheated by Avenatti as a client and that he extorted money out of her lawsuits against Donald Trump.

In another case, New York and Californian prosecutors filed cases against him of fraud in March 2019. The cases claimed that he enjoyed a whopping $200,000 a month lifestyle by cheating out his clients for millions of dollars and not paying hundreds of thousands of liable taxes to the internal revenue service

It all started when Nike filed a case against Avenatti for substantial damage to the company’s goodwill and image.  The prosecutors had demanded a substantial sentence of eight years in prison under the U.S Probation Department; against the fraud and cheating claims as according to the case details. Avenatti approached Nike and devised the case to enrich himself rather than addressing the objectives of his client.

Avenatti’s lawyers asked the judge that the public shaming and the epic fall in front of the whole world are enough for him to realize his misdeed. The court sentenced him to two and a half years in prison.

The disgraceful ordeal of Michael Avenatti doesn’t end here as he is scheduled to face another fraud trial next week in Los Angeles, and another California criminal trial later this year, and a separate fraud trial at Manhattan next year, all based upon cheating and fraud.

Avenatti has pleaded not guilty to all charges.

“America’s Got Talent: Extreme” production stopped as a contestant ‘Jonathan Goodwin’ got injured in a deadly stunt

The wait is over! DC Fandome releases The Batman movie trailer featuring Robert Pattinson and other well-known faces