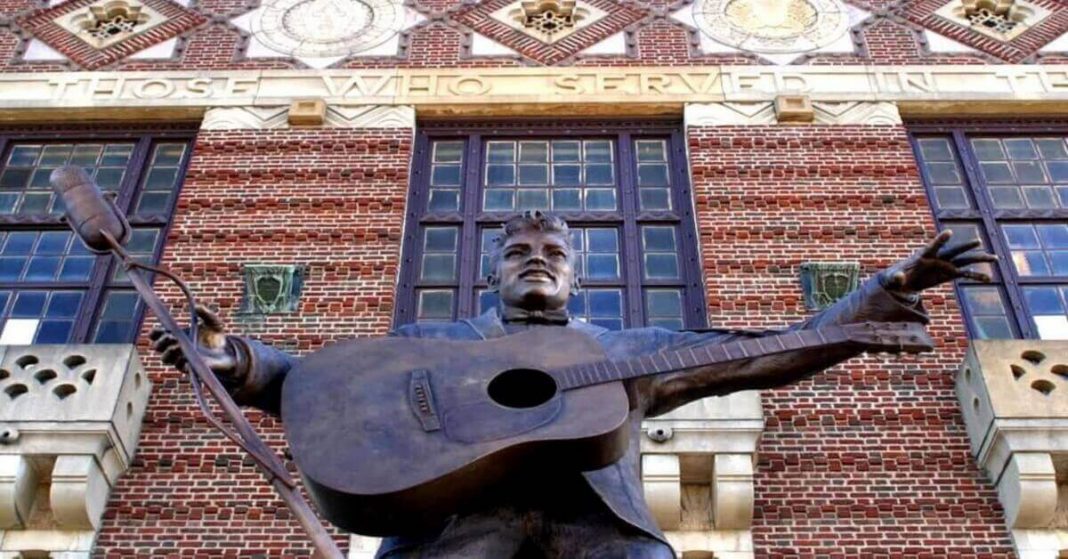 Elvis is known to be one of the most important cultural figures of the 20th century. The death of the King of Rock and Roll came as a tragedy to many. According to the doctors, Elvis died of a heart attack.

Elvis is still popular and is remembered every year by millions of fans. It has been forty-three years since Elvis breathed his last in Memphis. He died on August 16, 1977.

His memories are kept alive even now by his fans. Diane Harmon of Shreveport is still one of his passionate fans. Harmon traveled to Memphis to pay tribute to the legend.

An Elvis week has been taking place for decades. The event was supposed to happen this year as well and it did, but things were not the way they used to be in the past years.

Due to the coronavirus, not many people could attend the crusade. According to Harmon, the parking lot was half empty.

There weren’t even many cars there. Harmon said that she hadn’t seen much fewer people in the last twenty-three years of attending the event.

Harmon also said that even though things have changed due to the pandemic, she was still glad that she made it to Memphis and visited the Children’s research hospital. She also donated 250 dollars on behalf of her club. The club is named Elvis’ angels.

It also donates to the James Burton Foundation. The club is named after King Elvis Presley.