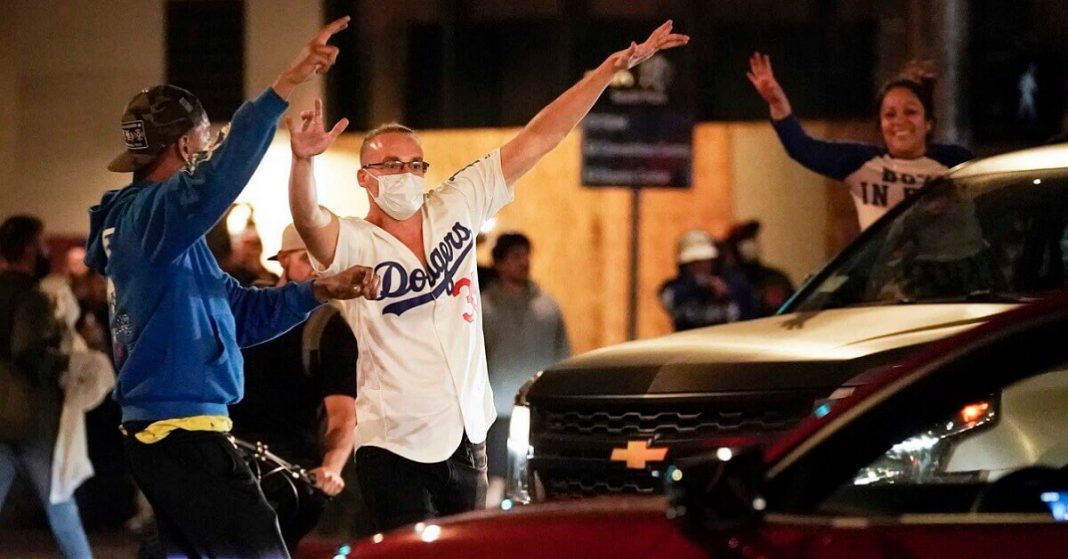 Celebrations by Dodgers’ fans took an unfortunate turn and became chaotic earlier today in Downtown, Los Angeles. According to the police reports at least 8 fans have been detained.

After people flooded the streets to celebrate by blocking traffic, setting off fireworks, and chanting, the LAPD could be seen wearing their riot gear. The crowd was declared unlawful and the police were authorized to use less than lethal force.

Unfortunately, what should have been a happy celebration took an ugly turn after some people turned to chaos. In a video shared on social media, a motorist could be seen celebrating the win by performing donuts on his car when he lost control and ran over a nearby cyclist.

Sadly, this was not the only chaotic moment as there were reports of looting at a Foot Locker store in Downtown. The store’s windows were smashed, and its property was stolen and damaged.

The Downtown LA area was looted again, this time after the @Dodgers World Series Win. LAPD is waiting for 2 suspects holed up in this Footlocker at 7th and Broadway. @FOXLA @GDLA pic.twitter.com/OK0e332yHr

Along with the damaged buildings and businesses, some LAPD patrol vehicles were also vandalized by the crowd. Stones were pelted towards the police and shattered windows of multiple patrol vehicles. 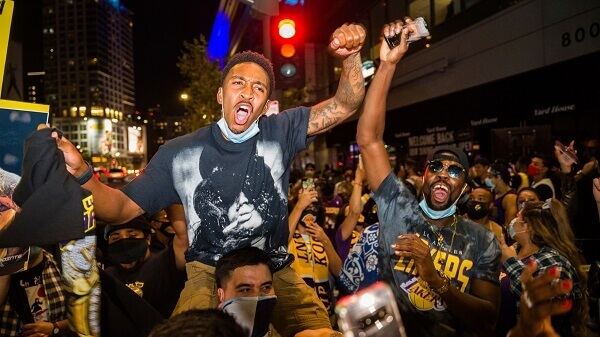 Furthermore, a semi-truck was looted as it tried to drive by the area after people surrounded and blocked it. A video showed a group of people breaking open the doors of the truck and stealing boxes from it.

A total of 4 businesses were reportedly looted in the Downtown area and according to police officials, around 8 people were arrested: four for looting, three for reckless driving, and one for attacking an LAPD officer with a lethal weapon.

Three LAPD officers were also injured during the chaotic celebrations. Fortunately, no one was critical as they only suffered minor injuries.