Home Sports Brittney Griner is Back In The US After a Prisoner Swap With... 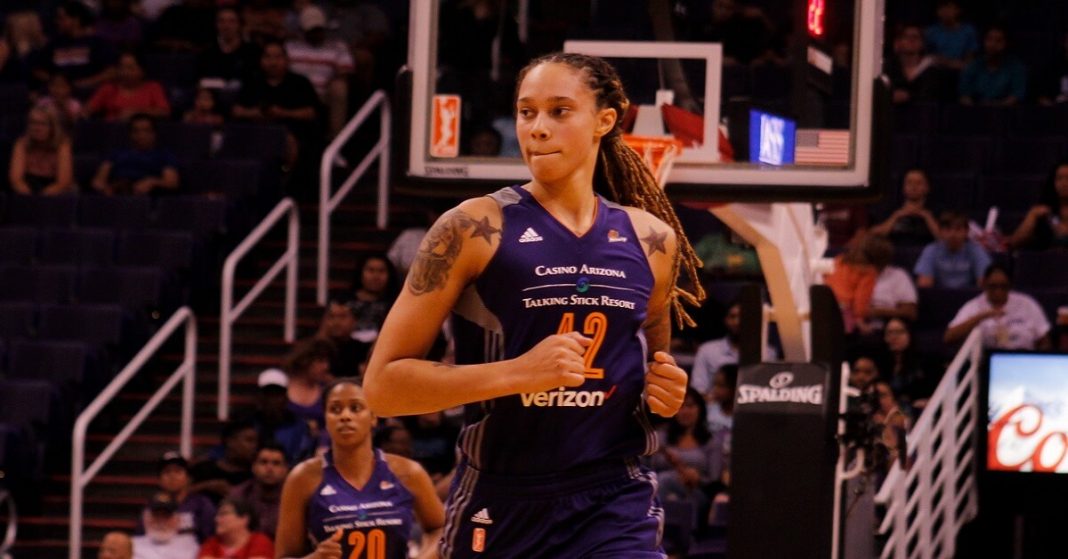 Brittney Griner, a star of the Women’s National Basketball Association (WNBA), has returned to her home state of Texas ten months after leaving the United States to play basketball in Russia.

Brittney Griner was arrested in February for bringing cannabis oil through a Moscow airport, but on Thursday, she was traded for a Russian weapons dealer named Viktor Bout.

She was transported by helicopter to San Antonio, where she will be attended to by medical professionals.

On Friday morning, a spokesperson for the White House named John Kirby said that Griner is in “good spirits” and “good health.”

President Joe Biden made the first announcement that Griner would be going home on Thursday.

“Brittney has had to endure an unimaginable situation and we’re thrilled that she is on her way home to her family and friends,” Adam Silver, NBA commissioner, said in a statement.

In February, as Russia was just beginning its invasion of Ukraine, Griner was taken into custody.

She is one of the most well-known athletes in all of the United States. The two-time Olympic gold medalist in basketball was a star center for the Phoenix Mercury in Women’s National Basketball Association (WNBA) during the US basketball season.

The reason she flew all the way to Moscow was so that she could play some games there when the US was in its off-season. She said during her trial in Russia that the cannabis oil that was discovered in her purse had been an “honest mistake.”

In July, the Biden Administration came out with a prisoner swap proposal. They were aware that Moscow had been pushing for a long time for the release of a convicted weapons trafficker named Bout, also known as the Merchant of Death. He has spent the last 12 years behind up in a jail in the United States.

The Ministry of Foreign Affairs in Moscow issued a statement saying that the Russian citizen has been brought back to his own country.

The arrival of Bout in Moscow was shown live on television in Russia. At the airport tarmac, photographs showed him giving hugs to both his mother and his wife.

“I made it. That’s the main thing,” he told reporters at the airport.

“In the middle of the night they simply woke me up and said ‘Get your things together,'” he added. According to statements made by Mayor Sylvester Turner, Griner will be greeted with a light show when she arrives in Houston. Griner celebrated her 32nd birthday in October.